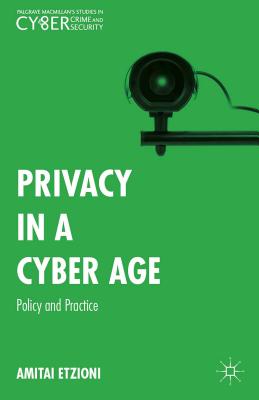 This book lays out the foundation of a privacy doctrine suitable to the cyber age. It limits the volume, sensitivity, and secondary analysis that can be carried out. In studying these matters, the book examines the privacy issues raised by the NSA, publication of state secrets, and DNA usage.
Privacy in a Cyber Age: Policy and Practice