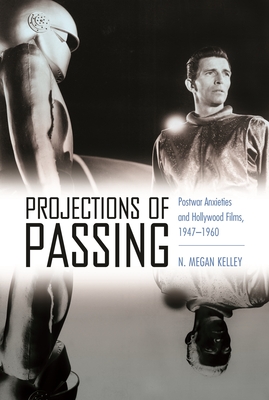 A key concern in postwar America was who's passing for whom? Analyzing representations of passing in Hollywood films reveals changing cultural ideas about authenticity and identity in a country reeling from a hot war and moving towards a cold one. After World War II, passing became an important theme in Hollywood movies, one that lasted throughout the long 1950s, as it became a metaphor to express postwar anxiety.

The potent, imagined fear of passing linked the language and anxieties of identity to other postwar concerns, including cultural obsessions about threats from within. Passing created an epistemological conundrum that threatened to destabilize all forms of identity, not just the longstanding American color line separating white and black. In the imaginative fears of postwar America, identity was under siege on all fronts. Not only were there blacks passing as whites, but women were passing as men, gays passing as straight, communists passing as good Americans, Jews passing as gentiles, and even aliens passing as humans (and vice versa).

Fears about communist infiltration, invasion by aliens, collapsing gender and sexual categories, racial ambiguity, and miscegenation made their way into films that featured narratives about passing. N. Megan Kelley shows that these films transcend genre, discussing Gentleman's Agreement, Home of the Brave, Pinky, Island in the Sun, My Son John, Invasion of the Body-Snatchers, I Married a Monster from Outer Space, Rebel without a Cause, Vertigo, All about Eve, and Johnny Guitar, among others.

Representations of passing enabled Americans to express anxieties about who they were and who they imagined their neighbors to be. By showing how pervasive the anxiety about passing was, and how it extended to virtually every facet of identity, Projections of Passing broadens the literature on passing in a fundamental way. It also opens up important counter-narratives about postwar America and how the language of identity developed in this critical period of American history.