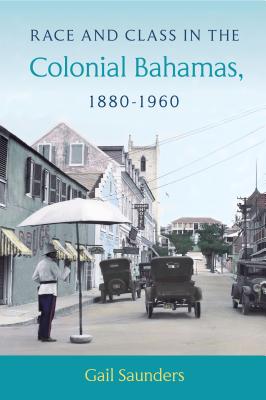 In this one-of-a-kind study of race and class in the Bahamas, Gail Saunders shows how racial tensions were not necessarily parallel to those across other British West Indian colonies but instead mirrored the inflexible color line of the United States. Proximity to the U.S. and geographic isolation from other British colonies created a uniquely Bahamian interaction among racial groups. Focusing on the post-emancipation period from the 1880s to the 1960s, Saunders considers the entrenched, though extra-legal, segregation prevalent in most spheres of life that lasted well into the 1950s.

Saunders traces early black nationalist and pan-Africanism movements, as well as the influence of Garveyism and Prohibition during World War I. She examines the economic depression of the 1930s and the subsequent boom in the tourism industry, which boosted the economy but worsened racial tensions: proponents of integration predicted disaster if white tourists ceased traveling to the islands. Despite some upward mobility of mixed-race and black Bahamians, the economy continued to be dominated by the white elite, and trade unions and labor-based parties came late to the Bahamas. Secondary education, although limited to those who could afford it, was the route to a better life for nonwhite Bahamians and led to mixed-race and black persons studying in professional fields, which ultimately brought about a rising political consciousness. Training her lens on the nature of relationships among the various racial and social groups in the Bahamas, Saunders tells the story of how discrimination persisted until at last squarely challenged by the majority of Bahamians.

Gail Saunders is scholar-in-residence at The College of The Bahamas and former director of the National Archives of The Bahamas. She has also served as director-general of heritage for the Bahamas Archives. She is author of several books, including Bahamian Society after Emancipation.