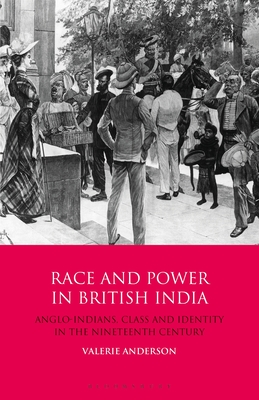 Race and Power in British India: Anglo-Indians, Class and Identity in the Nineteenth Century

By the nineteenth century the British had ruled India for over a hundred years, and had consolidated their power over the sub-continent. Until 1858, when Queen Victoria assumed sovereignty following the Indian Rebellion, the country was run by the East India Company - by this time a hybrid of state and commercial enterprises and eloquently and fiercely attacked as intrinsically immoral and dangerous by Edmund Burke in the late 1700s. Seeking to go beyond the statutes and ceremony, and show the reality of the interactions between rulers and ruled on a local level, this book looks at one of the most interesting phenomena of British India - the 'Eurasians'. The adventurers of the early years of Indian occupation arrived alone, and in taking 'native' mistresses and wives, created a race of administrators who were 'others' to both the native population and the British ruling class. These Anglo-Indian people existed in the zone between the colonizer and the colonized, and their history provides a wonderfully rich source for understanding Indian social history, race and colonial hegemony.
Race and Power in British India: Anglo-Indians, Class and Identity in the Nineteenth Century