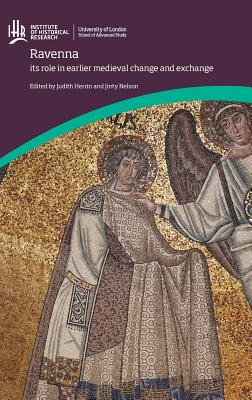 Ravenna: its role in earlier medieval change and exchange

In the long-debated transition from late antiquity to the early middle ages, the city of Ravenna presents a story rich and strange. From the fourth century onwards it suffered decline in economic terms. Yet its geographical position, its status as an imperial capital, and above all its role as a connecting point between East and West, ensured that it remained an intermittent attraction for early medieval kings and emperors throughout the period from the late fifth to the eleventh century. Ravenna's story is all the more interesting because it was complicated and unpredictable: discontinuous and continuous, sometimes obscure, sometimes including bursts of energetic activity. Throughout the early medieval centuries its flame sometimes flared, sometimes flickered, but never went out.
Ravenna: its role in earlier medieval change and exchange