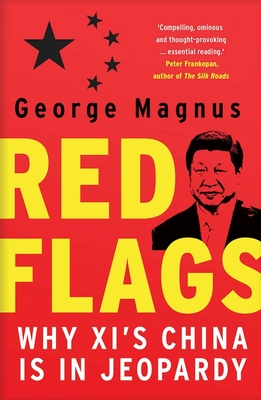 Under President Xi Jinping, China has become a large and confident power both at home and abroad, but the country also faces serious challenges. In this critical take on China's future, economist George Magnus explores four key traps that China must confront and overcome in order to thrive: debt, middle income, the Renminbi, and an aging population. Looking at the political direction President Xi Jinping is taking, Magnus argues that Xi's authoritarian and repressive philosophy is ultimately not compatible with the country's economic aspirations.

Thorough and well researched, the book also investigates the potential for conflicts over trade, China's evolving relationship with Trump, and the country's attempt to win influence and control in Eurasia through the Belt and Road initiative.