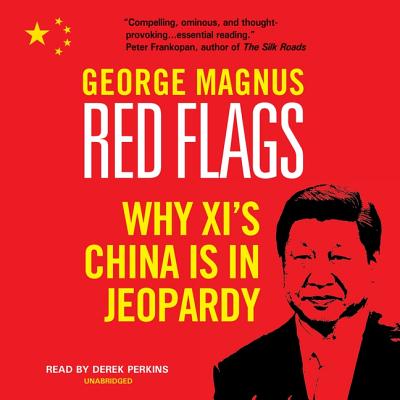 Red Flags: Why Xi's China Is in Jeopardy

Will China rule the world or will its dream turn into a nightmare? George Magnus, the trusted economic commentator on China, provides a penetrating account of the threats to China's continued rise.

Over the past four decades, China's remarkable transformation has garnered admiration but also sparked concern. Magnus draws on his intimate knowledge of this dynamic nation to uncover the origins of its ascent and show why the economic traps it faces at home, and the political challenges it faces abroad, pose a serious threat to its continued rise.

President Xi, possibly now leader for life, is determined to realize the Chinese Dream of rejuvenating the nation and consigning to history the century of humiliation. But Magnus warns that the Middle Kingdom's future rests on the willingness of its leader to embrace reform and open up, a philosophy that is at odds with his actions to date.

Engagingly weaving together economics, politics, and history, Red Flags is an authoritative and lucid account of the troubled times that lie ahead for a nation whose economic fortunes are closely intertwined with our own.

Red Flags: Why Xi's China Is in Jeopardy