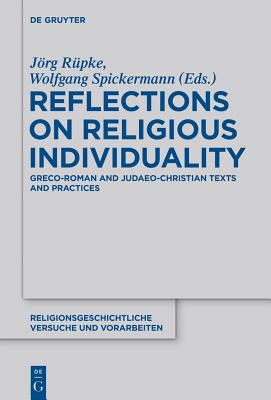 Reflections on Religious Individuality: Greco-Roman and Judaeo-Christian Texts and Practices

Did ancient religions know religious individuality? How did it work in texts and practices related to texts? The creation of texts offered opportunities to express one's own religious experience and shape one's own religious personality - within the boundaries of what is acceptable. Greek and Latin, Jewish and Christian texts from the Hellenistic period down to Late Antiquity created exemplary individuals or condemned individual deviance. The volume presents exemplary cases and analyses, which open a new field for research in the history of religion, covering ritual and literary innovations.
Reflections on Religious Individuality: Greco-Roman and Judaeo-Christian Texts and Practices