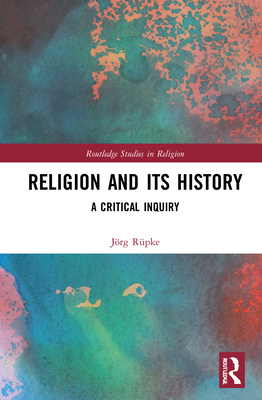 Religion and Its History: A Critical Inquiry

Religion and its History

offers a reflection of our operative concept of religion and religions, developing a set of approaches that bridge the widely assumed gulf between analysing present religion and doing history of religion. Religious Studies have adapted a wide range of methodologies from sociological tool kits to insights and concepts from disciplines of social and cultural studies. Their massive historical claims, which typically idealize and reify communities and traditions, and build normative claims thereupon, lack a critical engagement on the part of the researchers.

This book radically rethinks and critically engages with these biases. It does so by offering neither an abridged global history of religion nor a small handbook of methodology. Instead, this book presents concepts and methods that allow the analysis of contemporary and past religious practices, ideas, and institutions within a shared framework.

Religion and Its History: A Critical Inquiry