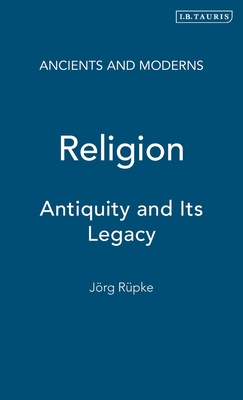 Religion: Antiquity and Its Legacy

What is a religion? What triggered the spontaneous development of distinct religions throughout the ancient world? How do religions evoke the ultimate realities they claim to address? Such questions are as evergreen as belief itself. The Hellenistic and Roman worlds were a fertile seedbed of the monotheistic faiths that dominate today's western image of religion, as well as many global conflicts. In this concise and elegant overview, Jorg Rupke addresses the similarities and differences of religions in antiquity, tracing their sometimes complex lineage into modern systems of belief. Greek and Roman religion is discussed not in isolation, but in the broader context of western Asia and Egypt. The author also addresses developments relating to early Islam on the south-eastern margins of the Byzantine Empire.
Examining such topics as the functions of priests and religious functionaries; religious individualism; the relationship between religion and political identity; the acceptance of the pagan Julian calendar by Christians; and contrasting ancient and modern understandings of divination, Rupke shows that study of pre-modern culture enables us more daringly to explore the contemporary religious world.

Religion: Antiquity and Its Legacy