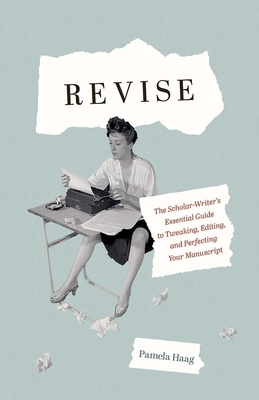 Revise: The Scholar-Writer's Essential Guide to Tweaking, Editing, and Perfecting Your Manuscript

A helpful, engaging guide to the revision of scholarly writing by an editor and award-winning author

Pamela Haag has been called 'the tenure whisperer' for good reason. Any scholar who hopes to attract a wider audience of readers will benefit from the brilliant, step-by-step guidance shared here. It's pure gold for all aspiring nonfiction writers.--Nancy MacLean, author of Democracy in Chains: The Deep History of the Radical Right's Stealth Plan for America

Writing and revision are two different skills. Many scholar-writers have learned something about how to write, but fewer know how to read and revise their own writing, spot editorial issues, and transform a draft from passable to great. Drawing on before and after examples from more than a decade as a developmental editor of scholarly works, Pamela Haag tackles the most common challenges of scholarly writing. This book is packed with practical, user-friendly advice and is written with warmth, humor, sympathy, and flair.

With an inspiring passion for natural language, Haag demonstrates how to reconcile clarity with intellectual complexity. Designed to be an in-the-trenches desktop reference, this indispensable resource can help scholars develop a productive self-editing habit, advise their graduate and other students on style, and, ultimately, get their work published and praised.

Revise: The Scholar-Writer's Essential Guide to Tweaking, Editing, and Perfecting Your Manuscript

Pamela Haag's work spans a wide, and unusual, spectrum, all the way from academic scholarship to memoir. Thematically, it has consistently focused on women's issues, feminism, and American culture, but she's also written on topics as eclectic as the effort to rebuild the lower Manhattan subway lines after 9/11, 24-hour sports radio talk shows, celibacy, and the experience of class mobility.

Haag earned a Ph.D. in history from Yale University in 1995, after graduating with Highest Honors from Swarthmore College. She's held fellowships from the National Endowment for the Humanities, the Mellon Foundation, and post-doctoral fellowships at both Brown and Rutgers University. As an academic she published scholarly articles and a first book, Consent, based on dissertation work, with Cornell University Press in 1999.

She became the Director of Research for the AAUW Educational Foundation, a national nonprofit based in Washington, DC, that advocates for girls and women. In that capacity she wrote and edited several pieces of research and was the media spokesperson for the research. She also wrote a second book, Voices of a Generation (Marlowe: 2000), an unvarnished look at the issues that teenage girls write about, anonymously, as their major struggles and challenges.

In 2002, Haag became a speechwriter on issues of public transit and transit-oriented development for the secretary of the Federal Transit Administration and, occasionally, the Secretary of Transportation.

Since 2004, she has been publishing essays and other pieces in a variety of venues, including National Public Radio, the American Scholar, the Christian Science Monitor, the Huffington Post, Times (London), Ms. Magazine, the Washington Post, the Chronicle of Higher Education, New York Post, the Humanist, the Michigan Quarterly Review, New Haven Review, the Antioch Review and carte blanche. Haag earned an MFA in creative nonfiction from Goucher College in 2008, where she won the Chris White award for best essay, and was also a prizewinner in the Atlantic's 2008 national nonfiction contest.

Marriage Confidential: Love in the Post-Romantic Age (HarperCollins, 2011—available in paperback in May, 2012) draws on all of these strands of Haag's unique professional biography to create almost a new genre, a weave of academic expertise, cultural history, creative nonfiction, memoir, storytelling, interviews, and commentary.

Marriage Confidential was widely-reviewed and discussed, in hundreds of forums both nationally and internationally, ranging from the Today show to Glamour to the Atlantic and PBS. It helped spark a conversation about the future of marriage in the 21st century—what Haag sees as an emerging "post-romantic" mood—and how it might be changing. Is "ethical non-monogamy" an option for the future? Are marriages becoming little more than "co-parenting" arrangements (Haag humorously refers to children as the "new spouses")? Does a good marriage really need to be forever? Reviewers praised the book for its "erudition and wit" (Publishers Weekly, starred review), its "provocative," "fresh" take on marriage (Times and More magazine), its sense of "fun" and its careful avoidance of the "inflammatory politics and cultural baggage that usually accompanies the topic" (USA Today), and its "flat-out brilliant" analysis of the state our unions (Washington Post). "Sterling," says the Post, "You learn something, but you hardly notice because you're having such a good time."

For a complete list of reviews and for some media coverage, please see the author's book page, marriageconfidential.com.

Currently, Haag continues to write on marriage and relationships. She is also beginning a new nonfiction book, called BY DAY / BY NIGHT. It's about people who live and have lived secret, or double, lives in America, past and present. Like her earlier works, this book will draw on cultural history and analysis, interviews and stories, and informed commentary about what it means to have a coherent identity, or concept of self, in the 21st century. 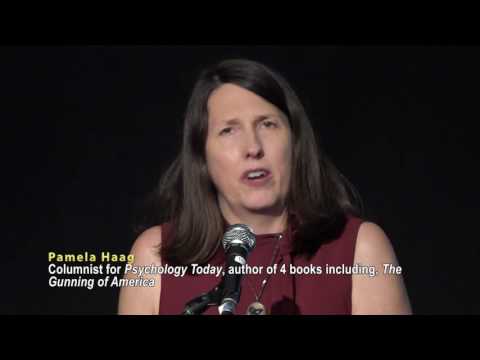 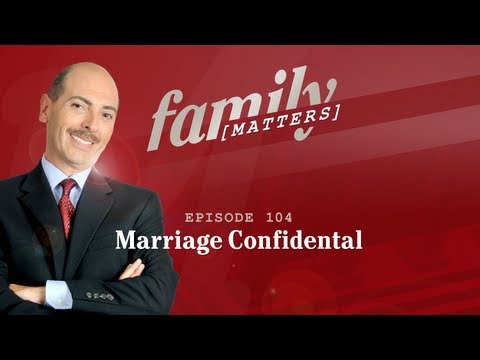