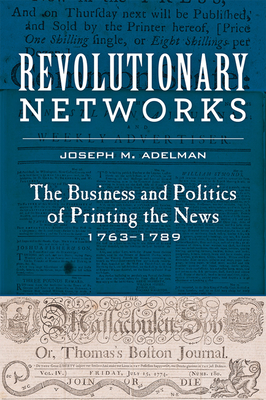 During the American Revolution, printed material, including newspapers, pamphlets, almanacs, and broadsides, played a crucial role as a forum for public debate. In Revolutionary Networks, Joseph M. Adelman argues that printers--artisans who mingled with the elite but labored in a manual trade--used their commercial and political connections to directly shape Revolutionary political ideology and mass mobilization. Going into the printing offices of colonial America to explore how these documents were produced, Adelman shows how printers balanced their own political beliefs and interests alongside the commercial interests of their businesses, the customs of the printing trade, and the prevailing mood of their communities.

Adelman describes how these laborers repackaged oral and manuscript compositions into printed works through which political news and opinion circulated. Drawing on a database of 756 printers active during the Revolutionary era, along with a rich collection of archival and printed sources, Adelman surveys printers' editorial strategies. Moving chronologically through the era of the American Revolution and to the war's aftermath, he details the development of the networks of printers and explains how they contributed to the process of creating first a revolution and then the new nation.

By underscoring the important and intertwined roles of commercial and political interests in the development of Revolutionary rhetoric, this book essentially reframes our understanding of the American Revolution. Printers, Adelman argues, played a major role as mediators who determined what rhetoric to amplify and where to circulate it. Offering a unique perspective on the American Revolution and early American print culture, Revolutionary Networks reveals how these men and women managed political upheaval through a commercial lens.

Joseph M. Adelman is an Associate Professor in the History Department at Framingham State University in Framingham, Massachusetts. A historian of media, communication, and politics in the Atlantic world, he recently published his first book, entitled Revolutionary Networks: The Business and Politics of Printing the News, 1763-1789 (JHU Press, 2019). It was awarded an Honorable Mention for the 2019 St. Louis Mercantile Library Prize from the Bibliographical Society of America. He is now at work on a history of the Post Office in America.

Adelman earned his bachelor’s degree in history from Harvard University and a master’s and Ph.D. in history from the Johns Hopkins University. He was previously a National Endowment for the Humanities Fellow at the American Antiquarian Society, a postdoctoral fellow in the Program in Early American Economy and Society at the Library Company of Philadelphia, and served as a Lecturer in the History Department at Johns Hopkins University in Baltimore, Maryland. In addition,

Adelman has worked as Communications Director to a member of the New York State Assembly and as a consultant for the Association of Catholic Colleges and Universities. He has held fellowships and grants from the American Antiquarian Society, the American Philosophical Society, the Gilder-Lehrman Institute for American History, and the Library Company of Philadelphia, among others. He has presented and published broadly, including in the journals Enterprise & Society and Early American Studies, TheAtlantic.com, Bloomberg, and as a blogger at the Junto. In 2019, Adelman was elected as a Member of the American Antiquarian Society.

He also serves as the Assistant Editor for Digital Initiatives at the Omohundro Institute of Early American History and Culture, where he edits The Octo and is an Assistant Producer for the Ben Franklin’s World podcast. 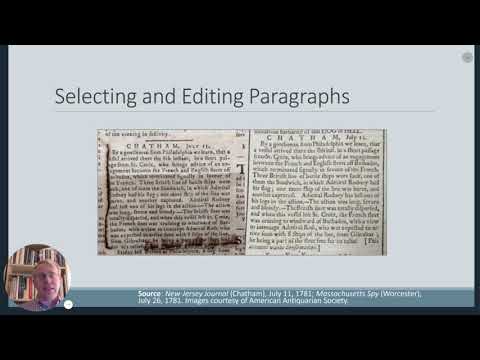 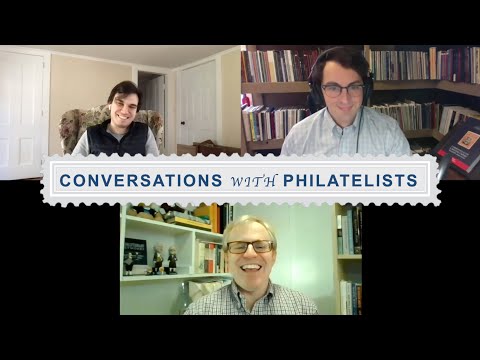