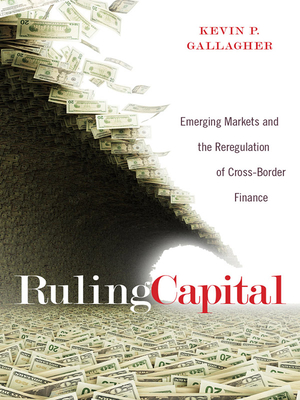 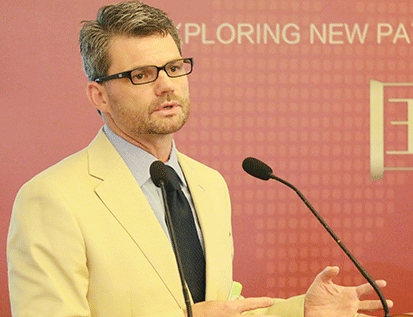 Ruling Capital:Emerging Markets and the Reregulation of Cross-Border Finance

Dr. Kevin P. Gallagher is a Professor of Global Development Policy at Boston Universitys Frederick S. Pardee School of Global Studies, where he co-directs the Global Economic Governance Initiative and the Global Development Policy Program.Kevin P. Gallagher is the author or co-author of six books: The China Triangle: Latin Americas China Boom and the Fate of the Washington Consensus Ruling Capital: Emerging Markets and the Reregulation of Cross-Border Finance The Clash of Globalizations: Essays on Trade and Development Policy The Dragon in the Room: China and the Future of Latin American Industrialization (with Roberto Porzecanski) The Enclave Economy: Foreign Investment and Sustainable Development in Mexicos Silicon Valley (with Lyuba Zarsky) Free Trade and the Environment: Mexico, NAFTA, and BeyondGallagher has edited or co-edited a number of books, including Rethinking Foreign Investment for Sustainable Development: Lessons from Latin America (with Daniel Chudnovsky) and Putting Development First: the Importance of Policy Space in the WTO and IFIs.He is the co-chair of the Task Force on Regulating Capital Flows and has served as an advisor to the Department of State and the Environmental Protection Agency in the United States, as well as to the United Nations Conference on Trade and Development. Gallagher has been a visiting or adjunct professor at the School for Advanced International Studies at Johns Hopkins University, the Fletcher School of Law and Diplomacy; El Colegio de Mexico in Mexico; Tsinghua University in China, and the Center for State and Society in Argentina.Gallagher is co-editor of the Review of International Political Economy and writes regular columns in the Financial Times and the Guardian.
more

Until two decades ago, most cross-border capital flows were among developed nations. Presently, emerging markets and developing countries are becoming actively involved in these global capital flows.

U.S. and European policy makers, as well as global financial institutions controlled by developed nations, vociferously opposed the efforts of national governments at the time of the Asian and Russian Ruble crises of the late 90s. However, these policy makers took completely opposite views when the financial oversight crisis triggered a global economic downturn in 2008.

Kevin Gallagher, Professor of Global Development Policy at the Pardee School of Global Studies at Boston University, shares with Readara his insights into how different developing economies are currently dealing with vast capital inflow and outflows.

Global financial institutions are finally waking up to the realities and necessities of cross-border capital flow regulations as many developing nations are dealing with the destabilizing effects of sudden inflows and outflows of capital.