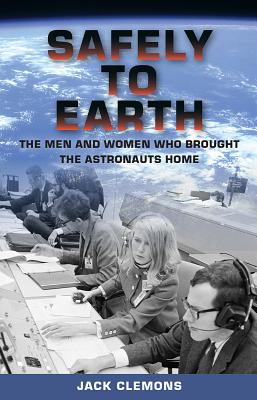 Safely to Earth: The Men and Women Who Brought the Astronauts Home

National Federation of Press Women National Communications Contest, First Place for Autobiography/Memoir Delaware Press Association Communications Contest, First Place for Autobiography/Memoir In this one-of-a-kind memoir, Jack Clemons--a former lead engineer in support of NASA--takes readers behind the scenes and into the inner workings of the Apollo and Space Shuttle programs during their most exciting years. Discover the people, the events, and the risks involved in one of the most important parts of space missions: bringing the astronauts back home to Earth. Clemons joined Project Apollo in 1968, a young engineer inspired by science fiction and electrified by John F. Kennedy's challenge to the nation to put a man on the moon. He describes his experiences supporting the NASA engineering team at what is now the Johnson Space Center in Houston, where he played a pivotal role in designing the reentry and landing procedures for Apollo astronauts and providing live support as part of the Mission Control Center's backroom team. He went on to work on Skylab and the Space Shuttle Program, eventually assuming leadership for the entire integrated software system on board the Space Shuttle. Through personal stories, Clemons introduces readers to many of the unsung heroes of the Apollo and Space Shuttle missions--the people who worked side by side with NASA engineers supporting reentry and landing for each Apollo mission and the software team who fashioned the computer programs that accompanied the crews on the Space Shuttle. Clemons worked closely with astronauts who relied on him and his fellow engineers for directions to their destination, guidance on how to get there, control of their fate during their journeys, and a safe return. He reveals problems, challenges, and near-disasters previously unknown to the public and offers candid opinions on the preventable failures that led to the loss of fourteen astronauts in the Challenger and Columbia tragedies. Highlighting the staggering responsibility and the incredible technological challenges that Clemons and his colleagues took on in the race to reach the moon and explore the mysteries of space, this book is a fascinating insider's view of some of the greatest adventures of the twentieth century.
Safely to Earth: The Men and Women Who Brought the Astronauts Home

Jack Clemons is a professional writer and consultant as well as a speaker and presenter on NASA's space programs. He has bachelor’s and master's degrees in aerospace engineering and was formerly a Senior Vice President of Engineering for Lockheed Martin. Earlier in his career he was an engineering team leader for NASA’s Apollo Program and senior engineering software manager for the NASA Space Shuttle Program.

He appeared in the "Command Module" segment of Moon Machines, the Discovery Science Channel's award-winning six-part documentary about the Apollo Program.

Clemons' works of fiction earned him a 2018 Established Artist Fellowship for Literary Fiction by the Delaware Division of the Arts and membership in the Science Fiction and Fantasy Writers of America. His non-fiction book Safely to Earth: The Men and Women Who Brought the Astronauts Home, a memoir of his time on NASA’s Apollo and Space Shuttle programs, was published by University Press of Florida in September 2018. 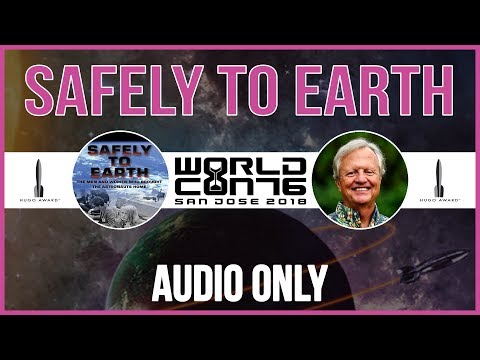