Science on a Mission: How Military Funding Shaped What We Do and Don't Know about the Ocean

What difference does it make who pays for science?

Some might say none. If scientists seek to discover fundamental truths about the world, and they do so in an objective manner using well-established methods, then how could it matter who's footing the bill? History, however, suggests otherwise. In science, as elsewhere, money is power. Tracing the recent history of oceanography, Naomi Oreskes discloses dramatic changes in American ocean science since the Cold War, uncovering how and why it changed. Much of it has to do with who pays.

After World War II, the US military turned to a new, uncharted theater of warfare: the deep sea. The earth sciences--particularly physical oceanography and marine geophysics--became essential to the US Navy, who poured unprecedented money and logistical support into their study. Science on a Mission brings to light how this influx of military funding was both enabling and constricting: it resulted in the creation of important domains of knowledge but also significant, lasting, and consequential domains of ignorance.

As Oreskes delves into the role of patronage in the history of science, what emerges is a vivid portrait of how naval oversight transformed what we know about the sea. It is a detailed, sweeping history that illuminates the ways funding shapes the subject, scope, and tenor of scientific work, and it raises profound questions about the purpose and character of American science. What difference does it make who pays? The short answer is: a lot.

Science on a Mission: How Military Funding Shaped What We Do and Don't Know about the Ocean

Oreskes is author or co-author of 7 books, and over 150 articles, essays and opinion pieces, including Merchants of Doubt (Bloomsbury, 2010), The Collapse of Western Civilization (Columbia University Press, 2014), Discerning Experts (University Chicago Press, 2019), Why Trust Science? (Princeton University Press, 2019), and Science on a Mission: American Oceanography from the Cold War to Climate Change, (University of Chicago Press, forthcoming). Merchants of Doubt, co-authored with Erik Conway, was the subject of a documentary film of the same name produced by participant Media and distributed by SONY Pictures Classics, and has been translated into nine languages.

A new edition of Merchants of Doubt, with an introduction by Al Gore, will be published in 2020.

Oreskes wrote the Introduction to the Melville House edition of the Papal Encyclical on Climate Change and Inequality, Laudato Si, and her essays and opinion pieces on climate change have appeared in leading newspapers around the globe, including The New York Times, The Washington Post, The Los Angeles Times, the Times (London), and Frankfurter Allegemeine.

Her numerous awards and prizes include the 2019 Geological Society of American Mary C. Rabbitt Award, the British Academy Medal 2019, the 2016 Stephen Schneider Award for outstanding Climate Science Communication, the 2015 Public Service Award of the Geological Society of America, the 2015 Herbert Feis Prize of the American Historical Association for her contributions to public history, and the 2014 American Geophysical Union Presidential Citation for Science and Society.

In 2018 she was named a Guggenheim Fellow for a new book project with Erik Conway, “The Magic of the Marketplace: The True History of a False Idea,” which will be published by Bloomsbury Press as soon as it is finished. 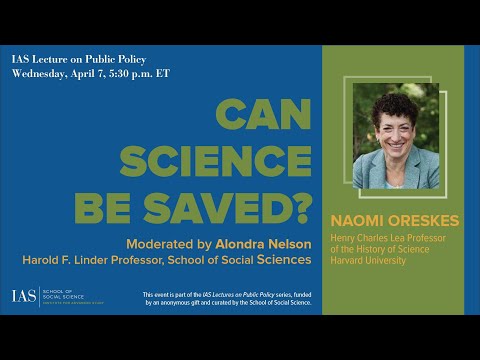 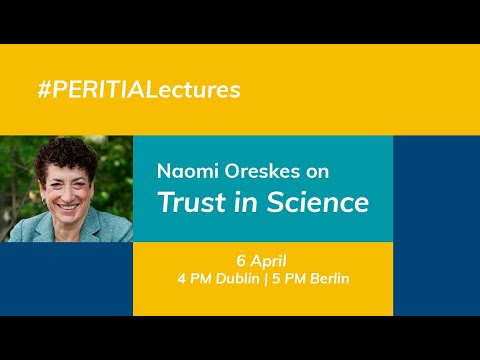