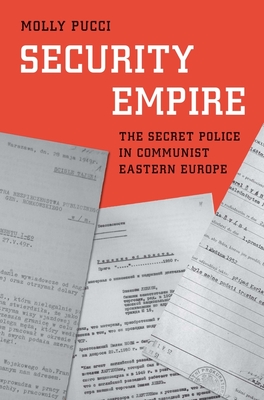 A compelling examination of the establishment of the secret police in Communist Poland, Czechoslovakia, and Eastern Germany

​This book examines the history of early secret police forces in Poland, Czechoslovakia, and East Germany in the aftermath of the Second World War. Molly Pucci delves into the ways their origins diverged from the original Soviet model based on differing interpretations of communism and local histories. She also illuminates the difference between veteran agents who fought in foreign wars and younger, more radical agents who combatted enemies of communism in the Stalinist terror in Eastern Europe.

Molly Pucci is an Assistant Professor of Twentieth Century European History. Before coming to Trinity, she was a Max Weber Postdoctoral Fellow at the European University Institute in Florence and a Geballe Dissertation Prize Fellow at the Stanford Humanities Center.

She holds a PhD in history from Stanford University and an MA in Russian, East European, and Central Asian Studies from Harvard University.

Her current book project, which has been funded by the Hoover Institution and the Harry Frank Guggenheim Foundation, focuses on the history of communism in Czechoslovakia in the 1920s, from the Comintern to the artistic avant garde.

She is interested in the way experiments in culture and internationalism- encompassing literature, poetry, architecture, linguistics, painting, and theater, among other fields,- both reflected and contributed to the radicalization of the political left in interwar Europe.