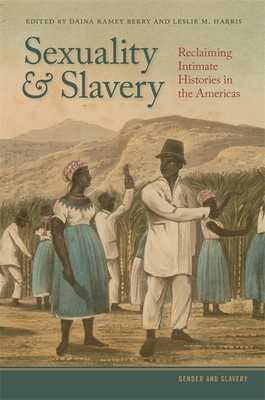 Sexuality and Slavery: Reclaiming Intimate Histories in the Americas

In this groundbreaking collection, editors Daina Ramey Berry and Leslie M. Harris place sexuality at the center of slavery studies in the Americas (the United States, the Caribbean, and South America). While scholars have marginalized or simply overlooked the importance of sexual practices in most mainstream studies of slavery, Berry and Harris argue here that sexual intimacy constituted a core terrain of struggle between slaveholders and the enslaved. These essays explore consensual sexual intimacy and expression within slave communities, as well as sexual relationships across lines of race, status, and power. Contributors explore sexuality as a tool of control, exploitation, and repression and as an expression of autonomy, resistance, and defiance.
Sexuality and Slavery: Reclaiming Intimate Histories in the Americas

Daina Ramey Berry is Oliver H. Radkey Regents Professor of History and Chairperson of the History Department at the University of Texas at Austin. She is also a Fellow of Walter Prescott Webb Chair in History and the George W. Littlefield Professorship in American History and the former Associate Dean of The Graduate School.

Professor Berry completed her BA, MA and PhD in African American Studies and U.S. History at the University of California Los Angeles. She is “a scholar of the enslaved” and a specialist on gender and slavery as well as Black women’s history in the United States. Berry is the award-winning author and editor of six books and several scholarly articles. One of her recent books, The Price for their Pound of Flesh: The Value of the Enslaved, from Womb to the Grave, in the Building of a Nation (Beacon Press, 2017) received three book awards including the Phyllis Wheatley Award for Scholarly Research from the Sons and Daughters of the US Middle Passage; the 2018 Best Book Prize from the Society for the History of the Early American Republic (SHEAR); and the 2018 Hamilton Book Prize from the University Coop for the best book among UT Austin faculty. Berry’s book was also a finalist for the 2018 Frederick Douglass Book Prize awarded by Yale University and the Gilder Lehrman Institute in New York.

Dr. Berry has appeared on several syndicated radio and television networks including: NBC/TLC’s “Who Do You Think You Are?”  where she reconstructed the enslaved ancestry of Spike Lee, Aisha Tyler, Smokey Robinson, and Alfre Woodard. She has also made appearances on CNN; C-SPAN; National Geographic Explorer and NPR. In 2016, she served at a historical consultant and technical advisor for the remake of ROOTS by Alex Haley (HISTORY/ A+E) where she worked with the writers on the script and advised on set by supporting the directors and actors during filming. She currently serves as a consultant for museums and historical societies throughout the United States.

In 2018 Berry produced several online essays during Black History Month for the National Museum of African American History and Culture in collaboration with Biography and History.com, and edited the text for the award winning “People Not Property” website on slavery in the North. She is also the co-producer with Adriane Hopper Williams (EnLight Productions) on a multi-media series on women’s contributions to United States History called Making History Hers.

Dr. Berry has received prestigious fellowships for her research from the National Endowment for the Humanities; the American Council of Learned Societies; the American Association of University Women and the Ford Foundation. She is a Distinguished Lecturer for the Organization of American Historians. Her work has been, featured in the New York Times, Time, Newsweek, U.S. News & World Report, The Washington Post, and Huffington Post. She has also received grants from the Spencer Foundation and Humanities Texas to work with colleagues Drs. Keffrelyn and Anthony Brown (College of Education) serving K-12 educators on teaching the history of race and slavery to American youth.

Professor Berry is the associate editor for The Journal of African American History and is currently revising an 8th Grade U.S. History textbook for a major publisher.  In February 2020 she released, A Black Women's History of the United States (Beacon Press), co-authored with Professor Kali Nicole Gross of Rutgers University which has received high praises in several media outlets including Ms. Magazine, Glamour Magazine, Library Journal, Kirkus Reviews, and The Washington Post. Finally, Dr. Berry is busy working on her next book tentatively entitled The Myths of Slavery which will be published by Beacon Press. 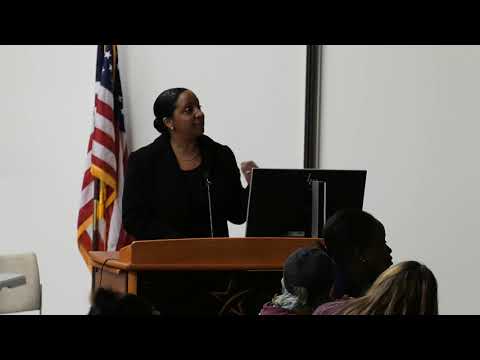 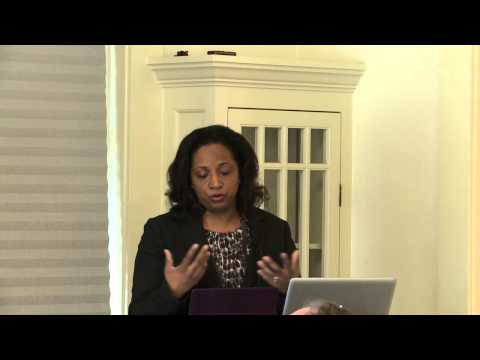