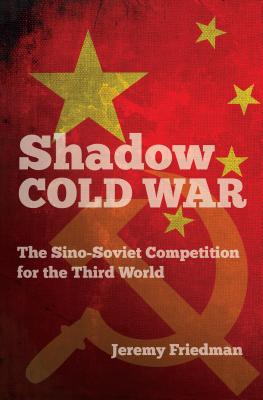 Shadow Cold War: The Sino-Soviet Competition for the Third World

The conflict between the United States and the Soviet Union during the Cold War has long been understood in a global context, but Jeremy Friedman's Shadow Cold War delves deeper into the era to examine the competition between the Soviet Union and the People's Republic of China for the leadership of the world revolution. When a world of newly independent states emerged from decolonization desperately poor and politically disorganized, Moscow and Beijing turned their focus to attracting these new entities, setting the stage for Sino-Soviet competition.

Based on archival research from ten countries, including new materials from Russia and China, many no longer accessible to researchers, this book examines how China sought to mobilize Asia, Africa, and Latin America to seize the revolutionary mantle from the Soviet Union. The Soviet Union adapted to win it back, transforming the nature of socialist revolution in the process. This groundbreaking book is the first to explore the significance of this second Cold War that China and the Soviet Union fought in the shadow of the capitalist-communist clash.
Shadow Cold War: The Sino-Soviet Competition for the Third World

Jeremy Friedman is an assistant professor of business administration in the Business, Government, and International Economy Unit, and teaches the course of the same name in the MBA required curriculum. Previously, he was associate director of the Brady-Johnson Program in Grand Strategy at Yale University.

Professor Friedman studies the history of communism, socialism, and revolution in Russia, China, and the developing world. He examines how the project of socialist revolution and leftist thought more broadly evolved over the course of the twentieth century, particularly as revolutionary battlegrounds shifted from the industrialized countries to the developing world in the wake of decolonization. His work has been published in Cold War History and Modern China Studies and in media outlets including The National Interest, The Diplomat, and The Moscow Times. His first book, Shadow Cold War: The Sino-Soviet Competition for the Third World, was published in 2015.

Professor Friedman received his PhD in history from Princeton University and subsequently held a postdoctoral fellowship in international security studies at Yale University, where he taught courses in Russian and Cold War history.