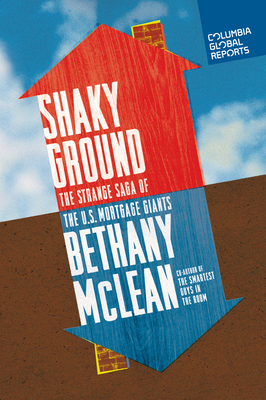 Shaky Ground: The Strange Saga of the U.S. Mortgage Giants

Fannie Mae and Freddie Mac were created by Congress to serve the American Dream of homeownership. By the end of the century, they had become extremely profitable and powerful companies, instrumental in putting millions of Americans in their homes. So why does the government now want them dead?

In 2008, the U.S. Treasury put Fannie and Freddie into a life-support state known as conservatorship to prevent their failure--and worldwide economic chaos. The two companies, which were always controversial, have become a battleground. Today, Fannie and Freddie are profitable again but still in conservatorship. Their profits are being redirected toward reducing the federal deficit, which leaves them with no buffer should they suffer losses again. China and Japan are big owners of Fannie and Freddie securities, and they want to ensure the safety of their investments--which helps explain why the government is at an impasse about what to do. But the current state of limbo is unsustainable.

Based on comprehensive reporting and dozens of interviews, Shaky Ground by bestselling author Bethany McLean, chronicles the story of Fannie and Freddie seven years after the meltdown, and tells us why homeownership finance is now one of the biggest unsolved issues in today's global

Shaky Ground: The Strange Saga of the U.S. Mortgage Giants

Bethany McLean is a columnist for Slate and a contributing editor at Vanity Fair. She joined Slate in October 2010 and Vanity Fair in July 2008 after spending thirteen years at Fortune, where she was an editor-at-large. In early 2001, McLean was one of the first reporters to raise questions about Enron, with her story “Is Enron Overpriced?” She and fellow Fortune senior writer Peter Elkind exposed the Enron scandal and wrote the national bestseller The Smartest Guys in the Room: The Amazing Rise and Scandalous Fall of Enron, which went on to become an Oscar-nominated documentary.

McLean has also written in-depth pieces about the credit rating agencies, Goldman Sachs, President Clinton’s global philanthropy, Australia’s Macquarie Bank, and more. Before joining Fortune, she spent three years as an analyst at Goldman Sachs. She graduated from Williams College in 1992 with a double major in mathematics and English. 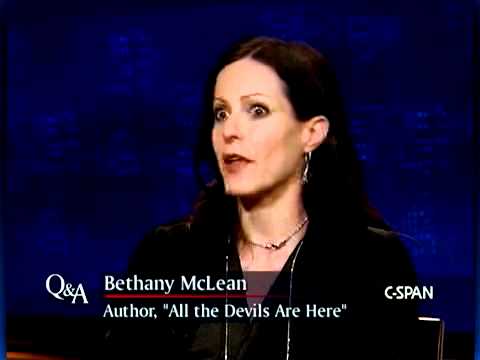