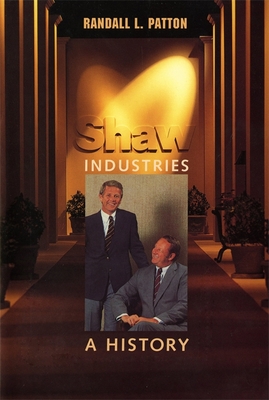 Shaw Industries, which is based in Dalton, Georgia, is the nation's leading textile manufacturer and the world's largest producer of carpets. This history focuses on the evolution of Shaw's business strategy and its adaptations to changing economic conditions. Randall L. Patton chronicles Shaw's rise to dominance by drawing on corporate records, industry data, and interviews with Shaw employees and management, including Robert E. Shaw, the only CEO the company has known in its more than thirty years.

Patton situates Shaw within both the overall context of Sunbelt economic development and the unique circumstances behind the success of the tufted carpet industry in northwest Georgia. After surveying the state of the carpet industry nationwide at the end of World War II, Patton then tells the Shaw story from the boom years of 1955-1973, through the transitional decade of 1973-1982, the consolidation phase of the 1980s and early 1990s, and the new economy of the mid- to late 1990s. Throughout, Patton shows, Shaw's drive has always been toward vertical integration--controlling the outside forces that could affect its bottom line. He tells, for instance, how Shaw built its own trucking fleet and became its own yarn supplier, all to the company's advantage. He also relates less successful ventures, most notably Shaw's attempt at direct retailing.

The picture emerges of a company proud of its image as a steady and profitable business surviving in a competitive industry. Patton traces the history of Shaw Industries from its start as a family-owned operation through its growth into a multinational corporation that recently joined Warren Buffett's holding company, Berkshire-Hathaway. The Shaw saga has much to tell us about the continuing vitality of old economy manufacturers.

Randall L. Patton is a professor of history at Kennesaw State University. He is coauthor, with David B. Parker, of Carpet Capital: The Rise of a New South Industry, author of Shaw Industries: A History, and editor of Working for Equality: The Narrative of Harry Hudson (all Georgia).