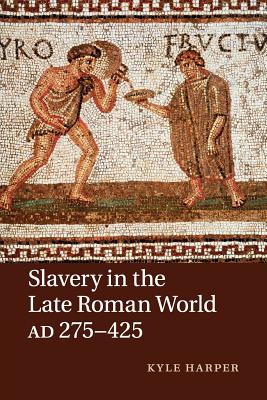 Capitalizing on the rich historical record of late antiquity, and employing sophisticated methodologies from social and economic history, this book reinterprets the end of Roman slavery. Kyle Harper challenges traditional interpretations of a transition from antiquity to the Middle Ages, arguing instead that a deep divide runs through 'late antiquity', separating the Roman slave system from its early medieval successors. In the process, he covers the economic, social and institutional dimensions of ancient slavery and presents the most comprehensive analytical treatment of a pre-modern slave system now available. By scouring the late antique record, he has uncovered a wealth of new material, providing fresh insights into the ancient slave system, including slavery's role in agriculture and textile production, its relation to sexual exploitation, and the dynamics of social honor. By demonstrating the vitality of slavery into the fourth century, the author shows that Christianity triumphed amidst a genuine slave society.
Slavery in the Late Roman World, Ad 275-425