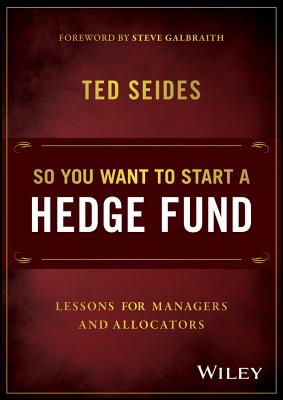 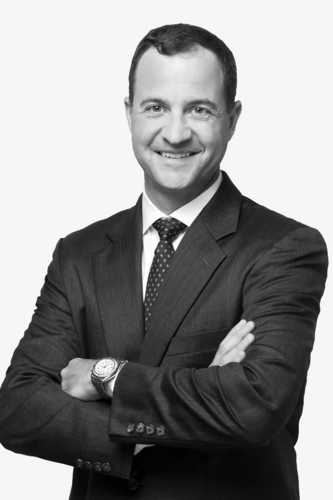 So You Want to Start a Hedge Fund:Lessons for Managers and Allocators

Ted Seides, CFA, is the son of a teacher and a psychiatrist. Perhaps by genetic disposition, he is passionate about sharing his insights and investing in people.From 2002 to 2015, Ted was a founder of Protg Partners LLC and served as President and Co-Chief Investment Officer. Protg is a leading multibillion dollar alternative investment firm that invests in established small and select emerging hedge funds on an arms-length and seed basis. Ted built the firms investment process and managed the sourcing, research, and due diligence of its portfolios. He worked actively with each of Protgs 40 seed investments since inception. In 2010, Larry Kochard and Cathleen Ritterheiser profiled Ted in the book Top Hedge Fund Investors: Stories, Strategies, and Advice.Ted began his career in 1992 under the tutelage of David Swensen at the Yale University Investments Office. During his five years at Yale, Ted focused on external public equity managers and internal fixed-income portfolio management. Following business school, he spent two years investing directly at Stonebridge Partners and J.H. Whitney & Company.With aspirations to demonstrate the salutary benefits of hedge funds on institutional portfolios to a broad audience, Ted made a non-profitable wager with Warren Buffett that pitted the 10-year performance of the S&P 500 against a selection of five hedge fund of funds from 2008-2017.Ted writes extensively on the industry. His work includes a blog for the CFA Institutes Enterprising Investor and publications for the late Peter L. Bernsteins Economics and Portfolio Strategy, Harvard Business School Publishing, FT Alphaville, and Institutional Investor. Teds first book, So You Want to Start a Hedge Fund: Lessons for Managers and Allocators (Wiley) is scheduled for release in February 2016.Ted sits on the Board of Trustees of the Greenwich Roundtable and is a Trustee and member of the investment committee at the Wenner-Gren Foundation. He serves as a member of the Founders Circle of Cycle for Survival, the Board of Technoacademy, and previously was a founding Board member of Citizen Schools-New York. He is a Senior Advisor to The Imprint Group, an organization that helps leading investment managers sustain growth by focusing on its people.Ted holds a BA in economics and political science, Cum Laude, from Yale University and an MBA with honors from Harvard Business School.
more