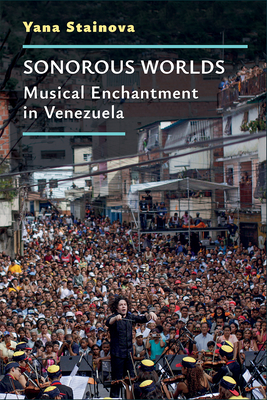 El Sistema is a nationwide, state-funded music education program in Venezuela. Founded in 1975 by economist and musician Jos� Antonio Abreu, the institution has weathered seven jolting changes in government. Hugo Ch�vez and, after his death, the incumbent president Nicol�s Maduro enthusiastically included the institution into the political agenda of the socialist project and captured the affective power of music for their own aims. Fueled by the oil boom in the 2000s, El Sistema grew over the years to encompass 1,210 orchestras for children and youth in Venezuela, reached almost 1 million people out of the 30 million in the country, and served as a model in more than 35 countries around the world. Sonorous Worlds is an ethnography of the young Venezuelan musicians who participate in El Sistema, many of whom live in urban barrios and face everyday gang violence, state repression, social exclusion, and forced migration in response to sociopolitical crisis. This book looks at how these youth engage with what the author calls enchantment, that is, how they use musical practices to escape, rupture, and critique dominant structures of power. Stainova's focus on artistic practice and enchantment allows her to theorize the successes and failures of political projects through the lens of the everyday transformations in people's lives.
Sonorous Worlds: Musical Enchantment in Venezuela