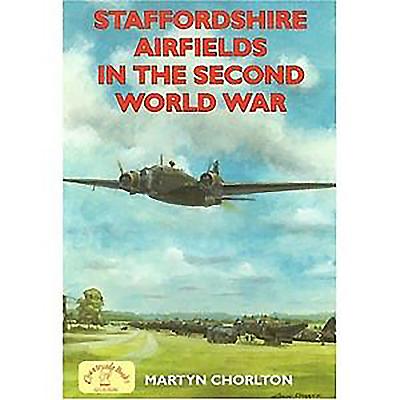 Staffordshire has a long history of involvement in aviation. In 1916 the Royal Flying Corps arrived in the county in response to the threat of Zeppelin attacks during the First World War. Between the wars there was a growing interest in aviation, and the contribution of the county's airfields to the Second World War was enormous, and between 1939 and 1945, they were kept continually active in a variety of roles necessary to the national war effort. After Sir Arthur Harris took charge of Bomber Command the role of the Operational Training Units as a front-line force, rather than training, was increased. Many of the aircrews nearing the end of their training were initially sent on leaflet dropping operations over enemy territory. Later in the war they took part in the 1,000-strong bombing raids into Germany, which could only be achieved with their help. This book describes the history of each airfield and highlights the varied and essential role they played in Britain's overall war effort. It also records the lives of the people caught up in the titanic struggle, both military and civilian. Illustrated.
Staffordshire Airfields in the Second World War