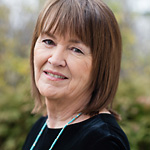 Stalin's Daughter: The Extraordinary and Tumultuous Life of Svetlana Alliluyeva

Biographer and poet Rosemary Sullivan is a professor emeritus at the University of Toronto. Her 14 books include the critically acclaimed Villa Air-Bel: World War II, Escape and a House in Marseille and Labyrinth of Desire: Women, Passion and Romantic Obsession. Shadow Maker, her biography of Gwendolyn MacEwen, won the Governor General’s Award for Non-Fiction. She has been the recipient of Guggenheim, Trudeau, and Jackman Fellowships and was awarded the Lorne Pierce Medal by the Royal Society for her contributions to Literature and Culture. In 2012 she became an Officer of the Order of Canada.

What may have been a privileged life for others turned into an ever-ending struggle for Svetlana Alliluyeva. Behind the high Kremlin walls or on the streets of New Delhi, Joseph Stalin’s daughter had one mission – to shake off her father’s legacy and find her true self. Followed by the powerful presence of one of history’s most complex personalities, she considered herself a “political prisoner” even when she defected to the United States in 1967.

Canadian poet and biographer Rosemary Sullivan offers an intimate portrait of a sensitive, quintessentially Russian woman who longed to find peace in her 85 year-long life.