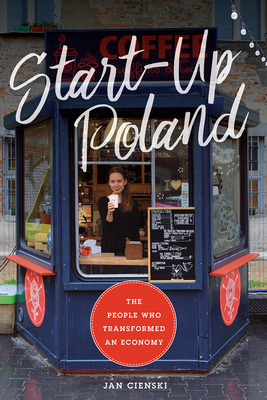 Start-Up Poland: The People Who Transformed an Economy

Poland in the 1980s was filled with shuttered restaurants and shops that bore such imaginative names as bread, shoes, and milk products, from which lines could stretch for days on the mere rumor there was something worth buying. But you'd be hard-pressed to recognize the same squares--buzzing with bars and caf�s--today. In the years since the collapse of communism, Poland's GDP has almost tripled, making it the eighth-largest economy in the European Union, with a wealth of well-educated and highly skilled workers and a buoyant private sector that competes in international markets. Many consider it one of the only European countries to have truly weathered the financial crisis. As the Warsaw bureau chief for the Financial Times, Jan Cienski spent more than a decade talking with the people who did something that had never been done before: recreating a market economy out of a socialist one. Poland had always lagged behind wealthier Western Europe, but in the 1980s the gap had grown to its widest in centuries. But the corrupt Polish version of communism also created the conditions for its eventual revitalization, bringing forth a remarkably resilient and entrepreneurial people prepared to brave red tape and limited access to capital. In the 1990s, more than a million Polish people opened their own businesses, selling everything from bicycles to leather jackets, Japanese VCRs, and romance novels. The most business-savvy turned those primitive operations into complex corporations that now have global reach. Well researched and accessibly and entertainingly written, Start-Up Poland tells the story of the opening bell in the East, painting lively portraits of the men and women who built successful businesses there, what their lives were like, and what they did to catapult their ideas to incredible success. At a time when Poland's new right-wing government plays on past grievances and forms part of the populist and nationalist revolution sweeping the Western world, Cienski's book also serves as a reminder that the past century has been the most successful in Poland's history.
Start-Up Poland: The People Who Transformed an Economy