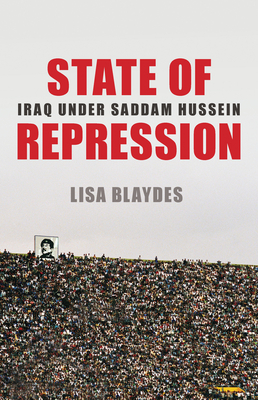 How did Iraq become one of the most repressive dictatorships of the late twentieth century? The conventional wisdom about Iraq's modern political history is that the country was doomed by its diverse social fabric. But in State of Repression, Lisa Blaydes challenges this belief by showing that the country's breakdown was far from inevitable. At the same time, she offers a new way of understanding the behavior of other authoritarian regimes and their populations. Drawing on archival material captured from the headquarters of Saddam Hussein's ruling Ba'th Party in the wake of the 2003 US invasion, Blaydes illuminates the complexities of political life in Iraq, including why certain Iraqis chose to collaborate with the regime while others worked to undermine it. She demonstrates that, despite the Ba'thist regime's pretensions to political hegemony, its frequent reliance on collective punishment of various groups reinforced and cemented identity divisions. At the same time, a series of costly external shocks to the economy--resulting from fluctuations in oil prices and Iraq's war with Iran--weakened the capacity of the regime to monitor, co-opt, coerce, and control factions of Iraqi society. In addition to calling into question the common story of modern Iraqi politics, State of Repression offers a new explanation of why and how dictators repress their people in ways that can inadvertently strengthen regime opponents.
State of Repression: Iraq Under Saddam Hussein

Professor Blaydes was an Academy Scholar at the Harvard Academy for International and Area Studies. During the 2015-16 academic year, she was a Fellow at the Center for Advance Study in the Behavior Sciences. She holds degrees in Political Science (PhD) from the University of California, Los Angeles and International Relations (BA, MA) from Johns Hopkins University.