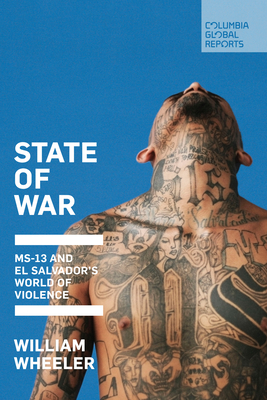 State of War: Ms-13 and El Salvador's World of Violence

A gripping, electrifying study of the brutal Salvadoran gang culture. -- Mark Danner, author of The Massacre at El Mozote

One of President Donald Trump's favorite rhetorical motifs is stoking fear that members of the MS-13 gang from El Salvador intend to cross the U.S. border in force and wreak havoc on American society. It's an inaccurate scenario, and in State of War, foreign correspondent William Wheeler tells the real story: In the 1980s, the U.S. supported the repressive Salvadoran government in a brutal civil war, and many Salvadoran families fled to America--especially Los Angeles, where teenagers in poor neighborhoods founded MS-13. A decade later, the U.S. responded to rising anti-immigrant sentiment by deporting many Salvadorans back home. Ever since, El Salvador has been one of the most violent countries in the world.

Wheeler interviewed gang members, frustrated intelligence officers, and crime investigators who give chilling insider reports of how corruption at the highest levels has helped the gangs become stronger, richer, and more influential than ever. State of War makes vividly clear why Salvadorans are fleeing their country, and why Trump's harsh immigration and asylum policies may only empower the gangs more.

State of War: Ms-13 and El Salvador's World of Violence

William Wheeler is an award-winning journalist and producer who has reported on political affairs around Africa and the Middle East,  South Asia, Latin America and the Caribbean. His work has appeared in The New York Times, The New Republic, Global Post, Playboy Magazine, McSweeney's Quarterly, TIME, USA Today and other outlets.

Most recently, he has worked on Ai Weiwei's documentary, Human Flow, about the global refugee crisis. He hosts the podcast "Detours: Conversations with Global Storytellers on Craft, the Road, and Bumps along the Way." Wheeler holds graduate degrees in journalism and international affairs from Columbia.