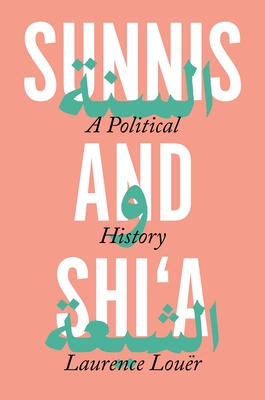 Sunnis and Shi'a: A Political History

When Muhammad died in 632 without a male heir, Sunnis contended that the choice of a successor should fall to his closest companions, but Shi'a believed that God had inspired the Prophet to appoint his cousin and son-in-law, Ali, as leader. So began a schism that is nearly as old as Islam itself. In a sweeping historical narrative spanning the Islamic world, Laurence Lou�r tells the story of this ancient rivalry, taking readers from the last days of Muhammad to the political and doctrinal clashes of Sunnis and Shi'a today.
Sunnis and Shi'a: A Political History

Laurence Louër is associate professor at the Center for International Studies (CERI) at Sciences Po in Paris, France.

Holds degrees in Arabic, philosophy, sociology and political science and a Ph.D. in political science fromSciences Po (2001). Joined CERI in 2003. Served as a permanent consultant for the Direction of Prospective (DP) of the Ministry of Foreign Affairs between 2004 and 2009.

Editor of Critique internationale since 2006.

Her research focuses identity politics on social and employment policies in the Gulf monarchies and ethnicity in the Middle East.