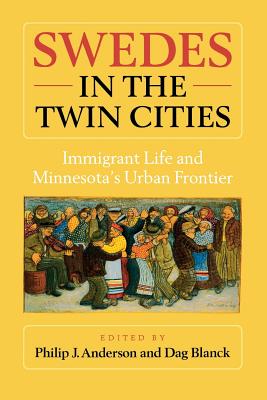 During the era of Swedish mass emigration to the United States--about 1.3 million Swedes arrived between 1850 and 1930--more members of this group made their homes in Minnesota than in any other state. By 1910 Swedes were the largest ethnic group in Minneapolis, claiming a quarter of the city's residents, and the second largest in St. Paul. As newcomers to this urban landscape, Swedish immigrants managed to leave their mark--in politics and in business, in religion and in art--even as they assimilated to the urban American culture in which they lived and worked.

In this book, contributions from twenty-four leading scholars in both the United States and Sweden investigate various facets of Swedish life and culture in the Twin Cities. For these immigrants, many of whom had been farmers in the old country, the cities of Minneapolis and St. Paul were truly an urban frontier. Essays in Part One, Aspects of Urban Settlement, explore this concept, considering such topics as why Swedes chose the Twin Cities, where they lived once they arrived, what their employment opportunities were, and how they might have spent their time when down on their luck.

Essays in Part Two, Institutional and Creative Life, describe how, once settled into this urban frontier, Swedish Americans made their mark on Twin Cities culture while strengthening ties to the homeland, forming such groups as the Swedish Historical Society of America and Minneapolis's Norden Society, and seeking artistic outlets, whether painting or acting or dancing.

Part Three explores The Language of Immigrant Experience, with chapters on the Swedish newspapers Forskaren and Svenska Amerikanska Posten and on the institutionalization of the Swedish language in public schools and in public libraries.

The final section, Swedes in Religion and Politics, focuses on yet another aspect of the immigrant experience, with essays discussing various Swedish American religious institutions and the Swedish American impact on gubernatorial campaigns, specifically those of 1918 and 1970. Utilizing a variety of approaches, the authors of these essays offer a detailed portrait of Swedish immigrant experiences in the Twin Cities.