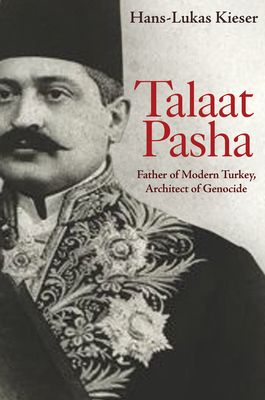 Talaat Pasha (1874-1921) led the triumvirate that ruled the late Ottoman Empire during World War I and is arguably the father of modern Turkey. He was also the architect of the Armenian Genocide, which would result in the systematic extermination of more than a million people, and which set the stage for a century that would witness atrocities on a scale never imagined. Here is the first biography in English of the revolutionary figure who not only prepared the way for Atat�rk and the founding of the republic in 1923, but who shaped the modern world as well. In this explosive book, Hans-Lukas Kieser provides a mesmerizing portrait of a man who maintained power through a potent blend of the new Turkish ethno-nationalism, the political Islam of former Sultan Abdulhamid II, and a readiness to employ radical solutions and violence. From Talaat's role in the Young Turk Revolution of 1908 to his exile from Turkey and assassination--a sensation in Weimar Germany--Kieser restores the Ottoman drama to the heart of world events. He shows how Talaat wielded far more power than previously realized, making him the de facto ruler of the empire. He brings wartime Istanbul vividly to life as a thriving diplomatic hub, and reveals how Talaat's cataclysmic actions would reverberate across the twentieth century. In this major work of scholarship, Kieser tells the story of the brilliant and merciless politician who stood at the twilight of empire and the dawn of the age of genocide.
Talaat Pasha: Father of Modern Turkey, Architect of Genocide

Hans-Lukas Kieser is associate professor in the Centre for the Study of Violence at the University of Newcastle in Australia and adjunct professor of history at the University of Zurich in Switzerland. His many books include Nearest East: American Millennialism and Mission to the Middle East; The End of the Ottomans; and Turkey beyond Nationalism.

A historian and Australian Research Council Future Fellow with UON's Centre for the History of Violence, Kieser's research focuses on the demise of the Ottoman Empire, marked by the First World War. His work is essential to a better understanding of the present day conflicts in the Middle East – which he believes are directly related to unresolved questions of the past.