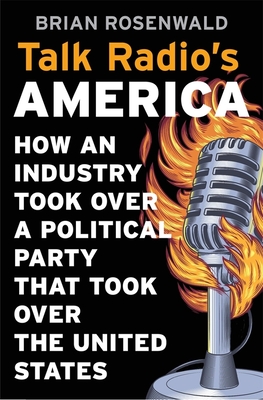 Talk Radio's America: How an Industry Took Over a Political Party That Took Over the United States

The cocreator of the Washington Post's Made by History blog reveals how the rise of conservative talk radio gave us a Republican Party incapable of governing and paved the way for Donald Trump.

America's long road to the Trump presidency began on August 1, 1988, when, desperate for content to save AM radio, top media executives stumbled on a new format that would turn the political world upside down. They little imagined that in the coming years their brainchild would polarize the country and make it nearly impossible to govern. Rush Limbaugh, an enormously talented former disc jockey--opinionated, brash, and unapologetically conservative--pioneered a pathbreaking infotainment program that captured the hearts of an audience no media executive knew existed. Limbaugh's listeners yearned for a champion to punch back against those maligning their values. Within a decade, this format would grow from fifty-nine stations to over one thousand, keeping millions of Americans company as they commuted, worked, and shouted back at their radios. The concept pioneered by Limbaugh was quickly copied by cable news and digital media.

Radio hosts form a deep bond with their audience, which gives them enormous political power. Unlike elected representatives, however, they must entertain their audience or watch their ratings fall. Talk radio boosted the Republican agenda in the 1990s, but two decades later, escalation in the battle for the airwaves pushed hosts toward ever more conservative, outrageous, and hyperbolic content.

Donald Trump borrowed conservative radio hosts' playbook and gave Republican base voters the kind of pugnacious candidate they had been demanding for decades. By 2016, a political force no one intended to create had completely transformed American politics.

Talk Radio's America: How an Industry Took Over a Political Party That Took Over the United States

I am a scholar in residence at the Partnership for Effective Public Administration and Leadership Ethics at the University of Pennsylvania, an instructor at Penn, and author of Talk Radio’s America: How an Industry Took Over a Political Party That Took Over the United States. I serve as the Editor-In-Chief of Made By History, a Washington Post history section, and as a political analyst for NBC10 Philadelphia. I regularly appear on Stand Up! with Pete Dominick, the Michael Smerconish Show, NBCLX, and the Other Side of Midnight with Frank Morano. Previously, I did the research for the Slate podcast Whistlestop.

More broadly, I am a frequent commentator on radio, television and in print. have authored pieces for The Atlantic, The Washington Post, CNN.com, Politico, The Philadelphia Inquirer, The Baltimore Sun, The Daily Beast and Time Magazine's history blog, and contributed insight to pieces for media outlets including The Wall Street Journal  and The New York Times. I have appeared on dozens of radio and television programs and podcasts in 6 countries, including CNN’s Michael Smerconish Show, NPR’s 1A, The Lars Larson Show, The Joe Madison Show, Slate’s The Gist, and NPR's Here and Now.

I work at the intersection of 4 disciplines— history, political science, media studies, and communications. My scholarly interests include Congress, the media, public policy, and the Supreme Court. I also have significant interests in the substance of public policy and in helping scholars to reach a wider audience with their work. I am a passionate and devoted teacher with substantial teaching experience across multiple disciplines. I love to experiment in the classroom with innovative methods and course elements.

I have been fascinated with politics and the media for as long as I can remember (I recall being confused when my preferred candidate lost the mock presidential election in kindergarten). I loved to read behind the scenes books that detailed the inner-workings of politics during my youth. In college and graduate school I have channeled this passion into study of politics over the last half century.

I am also passionate about exploring ideas and trying to find creative solutions to society's seemingly intractable problems. I love debating public policy, and teaching about it and the policymaking process. 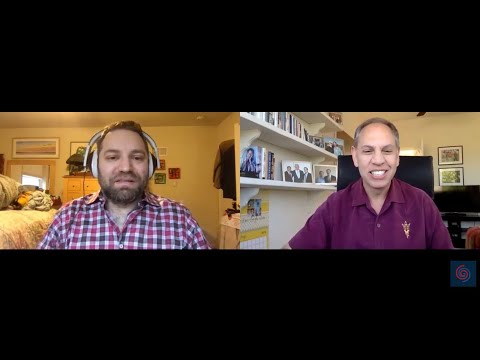