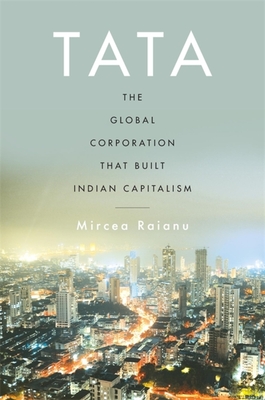 An eye-opening portrait of global capitalism spanning 150 years, told through the history of the Tata corporation.

Nearly a century old, the grand fa�ade of Bombay House is hard to miss in the historic business district of Mumbai. This is the iconic global headquarters of the Tata Group, a multinational corporation that produces everything from salt to software. After getting their start in the cotton and opium trades, the Tatas, a Parsi family from Navsari, Gujarat, ascended to commanding heights in the Indian economy by the time of independence in 1947. Over the course of its 150-year history Tata spun textiles, forged steel, generated hydroelectric power, and took to the skies. It also faced challenges from restive workers fighting for their rights and political leaders who sought to curb its power.

In this sweeping history, Mircea Raianu tracks the fortunes of a family-run business that was born during the high noon of the British Empire and went on to capture the world's attention with the headline-making acquisition of luxury car manufacturer Jaguar Land Rover. The growth of Tata was a complex process shaped by world historical forces: the eclipse of imperial free trade, the intertwined rise of nationalism and the developmental state, and finally the return of globalization and market liberalization. Today Tata is the leading light of one of the world's major economies, selling steel, chemicals, food, financial services, and nearly everything else, while operating philanthropic institutions that channel expert knowledge in fields such as engineering and medicine.

Based on painstaking research in the company's archive, Tata elucidates how a titan of industry was created and what lessons its story may hold for the future of global capitalism.

I am a historian of modern South Asia, with primary research and teaching interests in capitalism and economic life broadly construed. My book, entitled Tata: The Global Corporation that Built Indian Capitalism (Harvard University Press, 2021), focuses on India's largest and most influential business group from the mid-19th to the late 20thc. It shows how private capital played a key role in the construction of the Indian national economy, alternately acting in concert with and in opposition to the state.

In parallel, I am at work on a series of related articles, including studies of land acquisition law, gendered labor, and urban violence in the steel and mining belt of eastern India, the transition from trade to industry in the context of global financial crises, and the intellectual history of Indian capitalism during the interwar period. Occasionally, I also write about art, photography, and literature.

My next major project will examine transnational networks of heterodox economic thought from the 1940s to the 1970s, encompassing alternative forms of corporate organization and diverse technological and ecological imaginaries.

At Maryland, I teach courses on South Asia, the Indian Ocean world, and the history of global capitalism, and maintain an active interest in the wider British Empire. I am also affiliated with the Ed Snider Center for Enterprise and Markets at the Robert H. Smith Business School, and co-organize the Histories of Global Capitalism Forum (HGCF) in the Department. 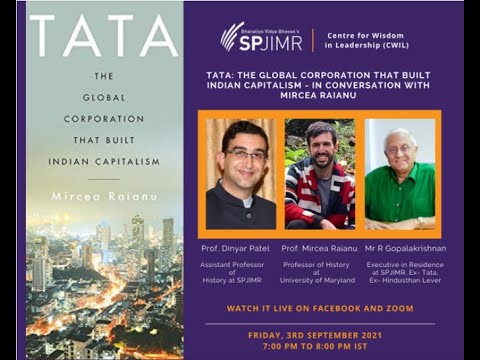