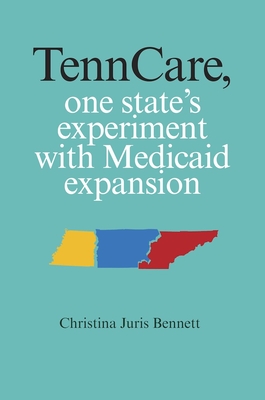 A history of the struggle among competing stakeholders in one of the oldest and most controversial experiments in US health care policy, a precursor to Obamacare. In 1993, Tennessee launched a reform initiative designed to simultaneously expand the proportion of residents with health insurance and curtail cost increases. It was guided by principles that nearly match those that guided the creation of the Affordable Care Act, also known as Obamacare. Like the ACA, TennCare used corporations, rather than a single government payer, to implement the plan, and it relied on a mix of managed care, market competition, and government regulation.

While many states cut back on their Medicaid enrollments from 1993 to 2001, TennCare grew from 750,000 to 1.47 million enrollees. The state was less successful in controlling costs, however. Each major stakeholder group (the state, the managed care organizations, the providers, and the enrollees and their advocates) pushed back against parts of the state's strategy that adversely affected their interests, and they eventually dismantled the mechanisms of cost constraint.

The author lays out the four stakeholder perspectives for each period in the history of TennCare and provides a link to difficult-to-access primary documents.

Professor Bennett graduated from Washington University in St. Louis School of Law, where she competed regularly in moot court competitions and received several recognitions for her dedication to public service. During her third year of law school, Bennett also represented victims of domestic violence and police brutality in the Civil Justice Clinic. After graduation, Bennett clerked for two years with Judge R. W. Wedemeyer on the Tennessee Court of Criminal Appeals.

She then joined a small firm in Nashville, Tennessee, where she managed the bankruptcy and debt-related practice. After practicing, Bennett joined Vanderbilt University Law School Professor Roger Conner to form Common Ground Cases, a public policy-based special project of Search for Common Ground. As the Research Director of Common Ground Cases, she developed a digital archive of documents related to TennCare (Tennessee's Medicaid program). Bennett is currently an Assistant Professor and Program Director for the Masters of Health Administration program at the College of Public Health.

Bennett is licensed to practice law in Ohio and Tennessee, and she has been admitted to U.S. District Court for the Middle District of Tennessee. She is also a past member of the Harry Phillips Inns of Court.