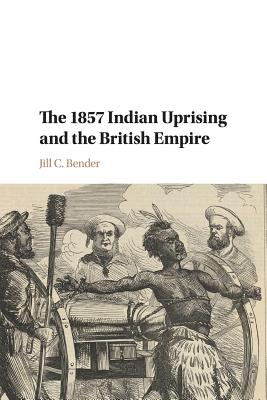 The 1857 Indian Uprising and the British Empire

The 1857 Indian Uprising and the British Empire

Dr Jill C Bender is Director of Undergraduate Studies at the University of North Carolina Greensboro since 2018.

My scholarship explores the interaction among a range of British colonies for insight into the mechanics of the nineteenth-century British Empire. My first book, The 1857 Indian Uprising and the British Empire (Cambridge University Press, 2016), traced the repercussions of the 1857 rebellion across Ireland, Jamaica, New Zealand, and the Cape Colony in southern Africa. In this and other publications, I understand the British Empire as a global system of composite parts, and I argue that nineteenth-century actors—from colonial authorities to anti-imperial nationalists—recognized the empire as a unified entity in which the lessons learned in one colony could be borrowed to meet the needs of another.

My current book project allows me to continue to pursue my interests in mid-nineteenth-century colonial connections and power relations. In this study, I turn to migration, examining state-sponsored efforts to transport Irish women across the British World.