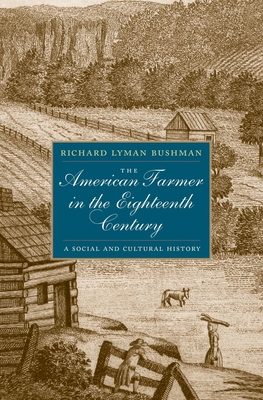 The American Farmer in the Eighteenth Century: A Social and Cultural History

An illuminating study of America's agricultural society during the Colonial, Revolutionary, and Founding eras

In the eighteenth century, three-quarters of Americans made their living from farms. This authoritative history explores the lives, cultures, and societies of America's farmers from colonial times through the founding of the nation. Noted historian Richard Bushman explains how all farmers sought to provision themselves while still actively engaged in trade, making both subsistence and commerce vital to farm economies of all sizes. The book describes the tragic effects on the native population of farmers' efforts to provide farms for their children and examines how climate created the divide between the free North and the slave South. Bushman also traces midcentury rural violence back to the century's population explosion. An engaging work of historical scholarship, the book draws on a wealth of diaries, letters, and other writings--including the farm papers of Thomas Jefferson and George Washington--to open a window on the men, women, and children who worked the land in early America.

The American Farmer in the Eighteenth Century: A Social and Cultural History

Richard Bushman is Gouverneur Morris Professor Emeritus of History. Professor Bushman specializes in the social and cultural history of the United States.

He received his B.A., M.A., and PhD from Harvard University. His publications include: From Puritan to Yankee: Character and the Social Order in Connecticut, 1690-1765 (1967), King and People in Provincial Massachusetts (1985), The Refinement of America: Persons, Houses, Cities (1992), and Joseph Smith: Rough Stone Rolling (2005).