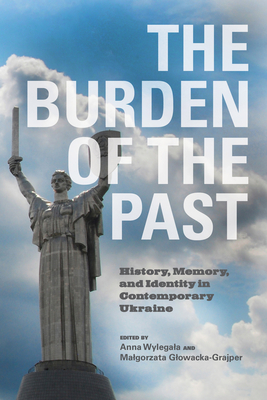 The Burden of the Past: History, Memory, and Identity in Contemporary Ukraine

In a century marked by totalitarian regimes, genocide, mass migrations, and shifting borders, the concept of memory in Eastern Europe is often synonymous with notions of trauma. In Ukraine, memory mechanisms were disrupted by political systems seeking to repress and control the past in order to form new national identities supportive of their own agendas. With the collapse of the Soviet Union, memory in Ukraine was released, creating alternate visions of the past, new national heroes, and new victims. This release of memories led to new conflicts and memory wars.

How does the past exist in contemporary Ukraine? The works collected in The Burden of the Past focus on commemorative practices, the politics of history, and the way memory influences Ukrainian politics, identity, and culture. The works explore contemporary memory culture in Ukraine and the ways in which it is being researched and understood. Drawing on work from historians, sociologists, anthropologists, psychologists, and political scientists, the collection represents a truly interdisciplinary approach. Taken together, the groundbreaking scholarship collected in The Burden of the Past provides insight into how memories can be warped and abused, and how this abuse can have lasting effects on a country seeking to create a hopeful future.

The Burden of the Past: History, Memory, and Identity in Contemporary Ukraine

She has given several lectures including, “Remembering Holocaust in contemporary Ukraine: a Galician case study” for Association for Jewish Studies 45th Annual Conference, December 2013, Boston; "Children’s experience of the deportation and cultural adaptation: comparative study of biographical narratives from Poland and Ukraine" for War Children in the Post-war: A West-East perspective on child policies, child experiences and war childhood remembrance cultures in Europe since 1945, Ludwig Boltzmann Institute for European History and Public Spheres, Vienna, December 2012; "In a search of common European historical experience: memory of postwar deportations and resettlements in Poland and Ukraine" for Towards a Common Past? Conflicting Memories in Contemporary Europe, May 2012, University of Lund, Sweden; "Polish and German memory of postwar deportations: case study of the small town in Polish “Regained Lands” for International Oral History Association Conference, July 2010, Prague.

While in residence in the Jack, Joseph and Morton Mandel Center for Advanced Holocaust Studies Dr. Wylegala worked on her project, “The Social Anthropology of Filling the Void: Poland and Ukraine after World War II.”

Dr. Wylegala has several published works, including “Displacement and memory. Case study of social memory” (Poland and Ukraine), Toru?: Wydawnictwo Naukwoe UMK, 2014; “Heroes or Villains? Memory of the UPA Partisans in Western Ukraine” in 20 lat rzeczywisto?ci poradzieckiej, M. G?owacka-Grajper ed. (2012); “Memory and Forgetness on the ruines. Holocaust of Zhovkva’s Jews in the Consciousness of the Contemporary Inhabitants of the Town” in Ho?okost i suczasnist (2011); and “Minority language as identity factor: case study of the young Russian-speakers in Lviv” in International Journal of Sociology of Language, J. Fishman and V. Kulyk eds., (2010).

For her Norman Raab Foundation Fellowship Dr. Wylegala explored the collections of the Museum in order to aid her with the Jewish portion of her larger project about the void left in Poland and Ukraine, especially Galicia, after the Holocaust. For residents of Galicia in the early 20th century, society as they knew it was completely destroyed and was replaced with a void after the Holocaust. Dr. Wylegala attempted to explain why this void was filled the way it was and why those that left the region chose to do so.

Dr. Wylegala was in residence at the Mandel Center from January 1 to March 31, 2014.