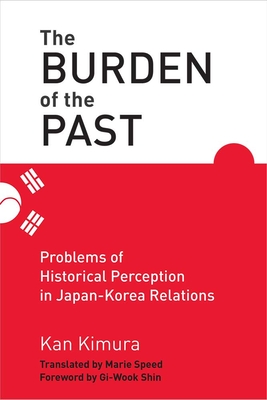 The Burden of the Past: Problems of Historical Perception in Japan-Korea Relations

The Burden of the Past reexamines the dispute over historical perception between Japan and South Korea, going beyond the descriptive emphasis of previous studies to clearly identify the many independent variables that have affected the situation. From the history textbook debates, to the Occupation-period exploitation of comfort women, to the Dokdo/Takeshima territory dispute and Yasukuni Shrine visits, Professor Kimura traces the rise and fall of popular, political, and international concerns underlying these complex and highly fraught issues.

Utilizing Japanese and South Korean newspaper databases to review discussion of the two countries' disputed historical perceptions from the end of World War II to the present, The Burden of the Past provides readers with the historical framework and the major players involved, offering much-needed clarity on such polarizing issues. By seeing behind the public discourse and political rhetoric, this book offers a firmer footing for a discussion and the steps toward resolution.

The Burden of the Past: Problems of Historical Perception in Japan-Korea Relations

He has also been a visiting scholar at various institutions, including Korea University, the Australian National University and Harvard. He was a member of the first and second Japan-Korea Collaborative History Research Committees initially set up by Japanese Prime Minister Junichiro Koizumi and Korean President Kim Dae-jung.

Throughout his career he has published on many aspects of Japanese-Korean relations.