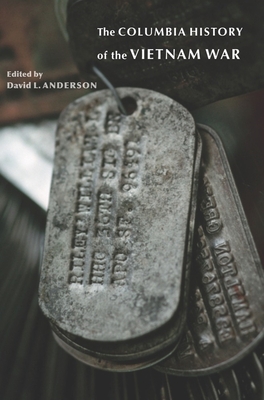 The Columbia History of the Vietnam War

Rooted in recent scholarship, The Columbia History of the Vietnam War offers profound new perspectives on the political, historical, military, and social issues that defined the war and its effect on the United States and Vietnam. Laying the chronological and critical foundations for the volume, David L. Anderson opens with an essay on the Vietnam War's major moments and enduring relevance. Mark Philip Bradley follows with a reexamination of Vietnamese revolutionary nationalism and the Vietminh-led war against French colonialism. Richard H. Immerman revisits Eisenhower's and Kennedy's efforts at nation building in South Vietnam, and Gary R. Hess reviews America's military commitment under Kennedy and Johnson. Lloyd C. Gardner investigates the motivations behind Johnson's escalation of force, and Robert J. McMahon focuses on the pivotal period before and after the Tet Offensive. Jeffrey P. Kimball then makes sense of Nixon's paradoxical decision to end U.S. intervention while pursuing a destructive air war.

John Prados and Eric Bergerud devote essays to America's military strategy, while Helen E. Anderson and Robert K. Brigham explore the war's impact on Vietnamese women and urban culture. Melvin Small recounts the domestic tensions created by America's involvement in Vietnam, and Kenton Clymer traces the spread of the war to Laos and Cambodia. Concluding essays by Robert D. Schulzinger and George C. Herring account for the legacy of the war within Vietnamese and American contexts and diagnose the symptoms of the Vietnam syndrome evident in later debates about U.S. foreign policy. America's experience in Vietnam continues to figure prominently in discussions about strategy and defense, not to mention within discourse on the identity of the United States as a nation. Anderson's expert collection is therefore essential to understanding America's entanglement in the Vietnam War and the conflict's influence on the nation's future interests abroad.

The Columbia History of the Vietnam War

David L. Anderson is Senior Lecturer in the Department of National Security Affairs at the Naval Postgraduate School and Professor of History at California State University, Monterey Bay.  He was Dean of the College of University Studies and Programs at CSUMB from 2004 to 2007.  Previously he was Professor of History and Dean of the College of Arts and Sciences at the University of Indianapolis, where he taught from 1981 to 2004.  He is past chairman of the Board of Directors of the Natividad Medical Foundation, past member of the Board of Advisors of the Fort Ord Alumni Association, and past president of the Board of Directors of Leadership Monterey Peninsula.

Past president of the Society for Historians of American Foreign Relations (SHAFR), he has served on the editorial boards of Diplomatic History and the Vietnam Documentation Project of the National Security Archive.  He is general editor of the book series, “Vietnam: America in the War Years,” published by Rowman and Littlefield.  He was Visiting Professor of History at Anhui Normal University in the People's Republic of China, and his forty-year career has also included teaching at the University of Montana, Texas Tech University, Sam Houston State University (Huntsville, Texas), and California Polytechnic State University (San Luis Obispo).

Trapped by Success received the Robert H. Ferrell Book Prize from SHAFR.  The Columbia Guide to the Vietnam War earned a “Best of the Best” designation from the American Library Association and the American Association of University Presses.  That book and The Columbia History of the Vietnam War were recognized as Choice magazine “Outstanding Academic Titles.” His scholarship includes approximately 85 articles and reviews and more than 60 conference presentations.  The Council for the Advancement and Support of Education named him the CASE Professor of the Year for the state of Indiana in 1991. 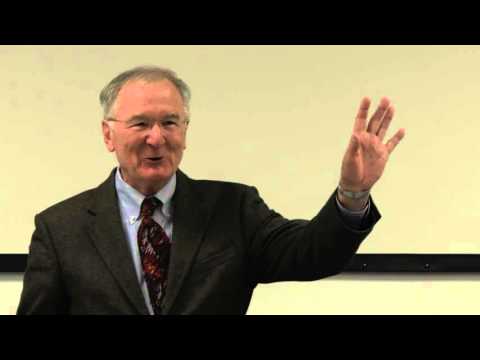