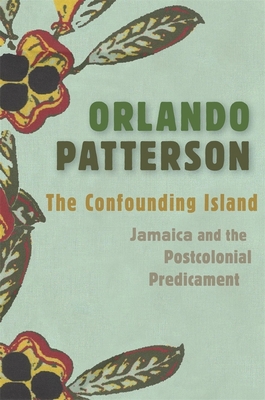 The Confounding Island: Jamaica and the Postcolonial Predicament

The preeminent sociologist and National Book Award-winning author of Freedom in the Making of Western Culture grapples with the paradox of his homeland: its remarkable achievements amid continuing struggles since independence.

There are few places more puzzling than Jamaica. Jamaicans claim their home has more churches per square mile than any other country, yet it is one of the most murderous nations in the world. Its reggae superstars and celebrity sprinters outshine musicians and athletes in countries hundreds of times its size. Jamaica's economy is anemic and too many of its people impoverished, yet they are, according to international surveys, some of the happiest on earth. In The Confounding Island, Orlando Patterson returns to the place of his birth to reckon with its history and culture. Patterson investigates the failures of Jamaica's postcolonial democracy, exploring why the country has been unable to achieve broad economic growth and why its free elections and stable government have been unable to address violence and poverty. He takes us inside the island's passion for cricket and the unparalleled international success of its local musical traditions. He offers a fresh answer to a question that has bedeviled sports fans: Why are Jamaican runners so fast? Jamaica's successes and struggles expose something fundamental about the world we live in. If we look closely at the Jamaican example, we see the central dilemmas of globalization, economic development, poverty reduction, and postcolonial politics thrown into stark relief.
The Confounding Island: Jamaica and the Postcolonial Predicament

Orlando Patterson, a historical and cultural sociologist, is John Cowles Professor of Sociology at Harvard University.  He previously held faculty appointments at the University of the West Indies, his alma mater, and the London School of Economics where he received his Ph.D.  His academic interests include the culture and practices of freedom; the comparative study of slavery and ethno-racial relations; and the cultural sociology of poverty and underdevelopment with special reference to the Caribbean and African American youth.  He has also written on the cultural sociology of sports, especially the game of cricket.

Professor Patterson is the author of numerous academic papers and 6 major academic books including, Slavery and Social Death (1982); Freedom in the Making of Western Culture (1991); The Ordeal of Integration (1997); and The Cultural Matrix: Understanding Black Youth (2015).

A public intellectual, Professor Patterson was, for eight years, Special Advisor for Social policy and development to Prime Minister Michael Manley of Jamaica.  He was a founding member of Cultural Survival, one of the leading advocacy groups for the rights of indigenous peoples, and was for several years a board member of Freedom House, a major civic organization for the promotion of freedom and democracy around the world.

The author of three novels, he has published widely in journals of opinion and the national press, especially the New York Times, where he was a guest columnist for several weeks.  His columns have also appeared in Time Magazine, Newsweek, The Public Interest, The New Republic, and The Washington Post.

He is the recipient of many awards, including the National Book Award for Non-Fiction which he won in 1991 for his book on freedom; the Distinguished Contribution to Scholarship Award of the American Sociological Association; co-winner of the Ralph Bunche Award for the best book on pluralism from the American Political Science Association; and the Anisfield-Wolf Book Award for Lifetime Achievement.

He holds honorary degrees from several universities, including the University of Chicago, U.C.L.A and La Trobe University in Australia.  He was awarded the Order of Distinction by the Government of Jamaica in 1999.  Professor Patterson has been a member of the American Academy of Arts and Sciences since 1991.