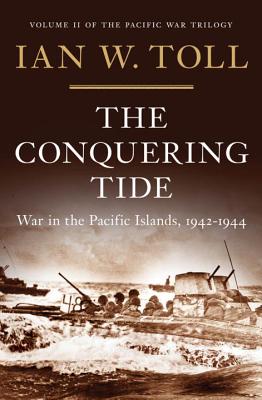 What was originally planned to be a single book on the Pacific War soon evolved into a series of well-researched books about the conflict. The Conquering Tide is the second book in Ian W. Toll’s trilogy following Pacific Crucible, with Twilight of the Gods expected to be published in 2018.

In The Conquering Tide, the award-winning author, covers the period between mid-1942 to mid-1944, offering a detailed description of the counteroffensive that shifted the balance between the U.S. and Japan in the theater of naval warfare.

With the help of new resources and more access to sources in Japan, Toll provides a panoramic view of the war both from the U.S. and Japanese standpoints, focusing on how the two governments managed public opinions back home. An independent scholar, Toll benefits from his versatile background in finance, economics and media in taking readers away from the narrow perspectives of the battles at sea to the political and diplomatic forces of strategy engineering, the social and economic aspects of the military campaign as well as its enormous impact on both sides of the Pacific.