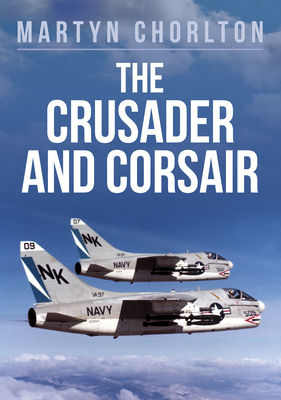 The Crusader and Corsair

The Vought F-8 Crusader was a classic post-war aircraft; loved by its pilots, this big machine was nicknamed 'The Last of the Gunfighters' because of its primary armament of four 20 mm Colt cannon. The F-8 entered service with the US Navy in 1957 and remained as one of its front line fighters until 1976, having served with distinction during the Vietnam War. Reconnaissance versions served on until 1987, while it was the French Navy who doggedly held onto their F-8s until the arrival of the Rafale in 2000. The A-7 Corsair II came about as a replacement for another US Navy aircraft, the A-4 Skyhawk, and in an effort to cut down on research and development costs, the new light attack aircraft used the same components as the F-8. Much shorter than its older sibling, the A-7 entered service in 1967 and was immediately pressed into service alongside the F-8 in Vietnam with both the US Navy and, later, the USAF. Retired by the ANG in 1991, the A-7 remained operational until 2014 with the Greek Air Force.
The Crusader and Corsair