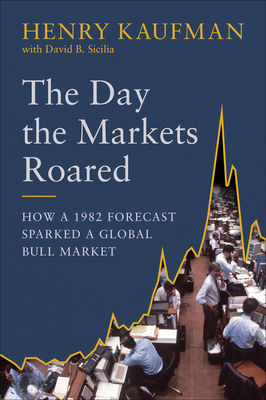 The Day the Markets Roared: How a 1982 Forecast Sparked a Global Bull Market

Legendary economist Dr. Henry Kaufman shares a classic Wall Street story that has never been fully told: a firsthand account of the day in August 1982 that would define US economics for decades

Dr. Henry Kaufman is the most famous economist Wall Street has ever seen, renowned well beyond the financial industry. He was the subject of New Yorker cartoons, had cameos in drama productions and two seminal literary works of the 1980s, was subject to death threats, and enjoyed the nickname Dr. Doom. His pinnacle of influence arrived on August 17, 1982.

That single day turned out to be the beginning of the world that we now live in. At the time, after painful years of high interest rates and the inflation of the late 1960s and 1970s, consumers were paying 17 percent and higher to borrow money. But by the end of one summer day almost 40 years ago, the stock market had undergone its second-biggest rally since WWII, while bond prices soared and interest rates plunged. Dr. Kaufman himself had written a memo that sparked this tremendous boom-and it set the global markets on fire, marking the start of almost four decades of US economic growth.

The Day the Markets Roared answers the questions:

The Day the Markets Roared is a firsthand, minute-by-minute account of one remarkable day in financial and economic history, with a rich cast of characters, from Salomon's John Gutfreund to interest rate guru Sydney Homer, to Dr. Kaufman's longtime friend, Fed Chairman Paul Volcker. Dr. Kaufman reflects on the lessons of the historic August 1982 episode, harkening back to a more optimistic moment in American history, and offering inspiration for better times ahead.

The Day the Markets Roared: How a 1982 Forecast Sparked a Global Bull Market