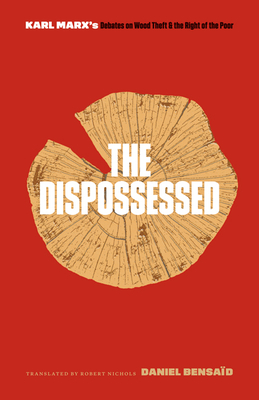 The Dispossessed: Karl Marx's Debates on Wood Theft and the Right of the Poor


The politics of dispossession are everywhere. Troubling developments in intellectual property, genomics, and biotechnology are undermining established concepts of property, while land appropriation and ecological crises reconfigure basic institutions of ownership. In The Dispossessed, Daniel Bensa�d examines Karl Marx's early writings to establish a new framework for addressing the rights of the poor, the idea of the commons, and private property as a social institution.

In his series of articles from 1842-43 about Rhineland parliamentary debates over the privatization of public lands and criminalization of poverty under the rubric of the theft of wood, Marx identified broader anxieties about customary law, property rights, and capitalist efforts to privatize the commons. Bensa�d studies these writings to interrogate how dispossession continues to function today as a key modality of power. Brilliantly tacking between past and present, The Dispossessed discloses continuity and rupture in our relationships to property and, through that, to one another.

In addition to Bensa�d's prescient work of political philosophy, The Dispossessed includes new translations of Marx's original theft of wood articles and an introductory essay by Robert Nichols that lucidly contextualizes the essays.

The Dispossessed: Karl Marx's Debates on Wood Theft and the Right of the Poor

Daniel Bensaïd (1946–2010) was a philosopher who taught at the University of Paris VIII. He wrote books on Marxism, Walter Benjamin, the May ’68 uprisings, and Joan of Arc.