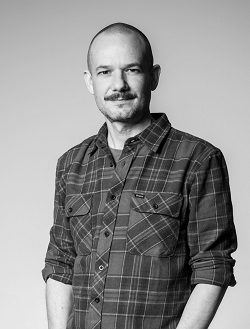 The Dream Architects: Adventures in the Video Game Industry

David Polfeldt is the Managing Director of Massive Entertainment, a world-leading video game studio and part of the Ubisoft family. At Massive, David has worked industry-defining, AAA games such as Assassin’s Creed: Revelations, Far Cry 3, and Tom Clancy’s The Division, which together have generated billions in revenue worldwide. Massive is currently developing a series of Avatar video games in collaboration with James Cameron and Lightstorm which will be released in conjunction with the forthcoming Avatar movies.

Merely two decades ago, computer games were still just a form of entertainment with primitive graphics, limited storytelling and little interactivity. With the advanced computing, enticing animation and multi-media capabilities, games have since evolved as an addictive medium for many.

However, integrating technology and creating an engrossing platform is a multi-dimensional challenge not only for the creating types but also for the managers of studios. Increasingly, computer and online games offer an additional and lucrative revenue streams for many publishing and movie studios.

In his book The Dream Architects, author David Polfeldt narrates a personal saga from the early days of false start to world fame in the computer game industry. David lived in an era when the game industry evolved from Commodore to Nintendo 64 and rode the tech curve where 3-D characters can move around a virtual space.

In multiple chapters, the author places the reader in the middle of intense game development strategy sessions and takes us on a tour of Hollywood studios, introducing us to celebrity movie producers.

David offers a sensitive and personal account of the rise, fall and rise of Massive Entertainment as he juggles management challenges and lives up to the expectations of bosses in Los Angeles and then in Paris, France.

David offers an insider account of what it took to conceive, develop and complete world famous games such as Assassin's Creed: Revelations, Far Cry 3, and Tom Clancy's The Division, which together have generated billions in revenues worldwide.

Every game is a chaos and every game has a war story. The book offers real life experiences from a battle-scarred successful executive and lessons for entrepreneurs in what it takes to combine quality and imagination as well as how to promote that culture from a small team to a large organization of talented and energetic people.