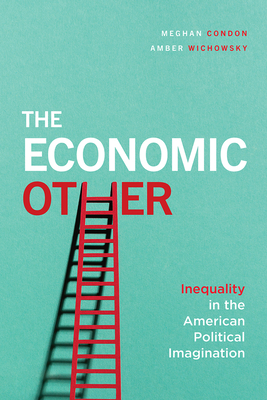 The Economic Other: Inequality in the American Political Imagination

Economic inequality is at a record high in the United States, but public demand for redistribution is not rising with it. Meghan Condon and Amber Wichowsky show that this paradox and other mysteries about class and US politics can be solved through a focus on social comparison. Powerful currents compete to propel attention up or down--toward the rich or the poor--pulling politics along in the wake.

Through an astute blend of experiments, surveys, and descriptions people offer in their own words, The Economic Other reveals that when less-advantaged Americans compare with the rich, they become more accurate about their own status and want more from government. But American society is structured to prevent upward comparison. In an increasingly divided, anxious nation, opportunities to interact with the country's richest are shrinking, and people prefer to compare to those below to feel secure. Even when comparison with the rich does occur, many lose confidence in their power to effect change.

Laying bare how social comparisons drive political attitudes, The Economic Other is an essential look at the stubborn plight of inequality and the measures needed to solve it.

The Economic Other: Inequality in the American Political Imagination

Meghan Condon is an Assistant Professor of Political Science at Loyola University Chicago.

She is the recipient of the American Political Science Association (APSA) 2013 Best Experimental Dissertation Award and was named the 2017 APSA Distinguished Junior Scholar in Political Psychology. Her research examines the relationship between inequality and political attitude formation, political engagement, and the effectiveness of policies designed to reduce inequality among children and youth.

Her first book The Economic Other: Inequality in the American Political Imagination was published in 2020 with The University of Chicago Press. Her research has also appeared in journals including the Journal of Politics, Political Behavior, Political Psychology, and Policy Studies Journal.

Professor Condon is a former middle school and high school teacher and has now taught students in every grade from 7th to graduate school. She currently teaches courses in American politics and public policy, environmental policy, and inequality and American democracy and is an active faculty participant with the Loyola Senn High School Partnership.