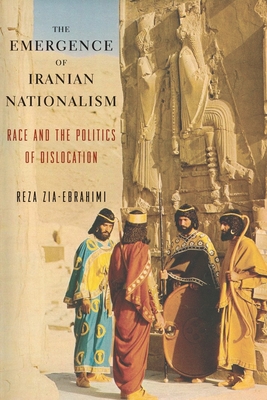 The Emergence of Iranian Nationalism: Race and the Politics of Dislocation

Reza Zia-Ebrahimi revisits the work of Fath?ali Akhundzadeh and Mirza Aqa Khan Kermani, two Qajar-era intellectuals who founded modern Iranian nationalism. In their efforts to make sense of a difficult historical situation, these thinkers advanced an appealing ideology Zia-Ebrahimi calls dislocative nationalism, in which pre-Islamic Iran is cast as a golden age, Islam is reinterpreted as an alien religion, and Arabs become implacable others. Dislodging Iran from its empirical reality and tying it to Europe and the Aryan race, this ideology remains the most politically potent form of identity in Iran. Akhundzadeh and Kermani's nationalist reading of Iranian history has been drilled into the minds of Iranians since its adoption by the Pahlavi state in the early twentieth century. Spread through mass schooling, historical narratives, and official statements of support, their ideological perspective has come to define Iranian culture and domestic and foreign policy. Zia-Ebrahimi follows the development of dislocative nationalism through a range of cultural and historical materials, and he captures its incorporation of European ideas about Iranian history, the Aryan race, and a primordial nation. His work emphasizes the agency of Iranian intellectuals in translating European ideas for Iranian audiences, impressing Western conceptions of race onto Iranian identity.
The Emergence of Iranian Nationalism: Race and the Politics of Dislocation

Dr Reza Zia-Ebrahimi joined the History Department at King’s College London in 2013. He is a graduate of the University of Geneva, the London School of Economics and the University of Oxford (St Antony's College).

Dr Zia-Ebrahimi is a historian of nationalism and race. Focusing on the period from the 19th century onwards, he has extensively worked on the development of racial forms of nationalism in Iran. His current research analyses the modalities of racialisation of Jews and Muslims in the Western apparatus of representations. More broadly, his work aims to retrieve the many points of contact between the histories of antisemitism, Islamophobia and other forms of racism, which have been ignored, or deliberately obscured.

Dr Zia-Ebrahimi has been a fellow of the Swiss National Science Foundation, the Oslo Holocaust Centre, and the Leverhulme Trust. In recent years, he has given seminars in Britain, France, the United States, Ireland, Sweden, Norway, Turkey, Lebanon and Russia.