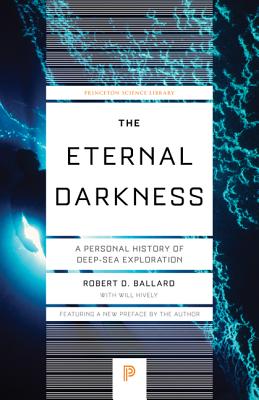 The Eternal Darkness: A Personal History of Deep-Sea Exploration

Until a few decades ago, the ocean depths were almost as mysterious and inaccessible as outer space. Oceans cover two-thirds of the earth's surface with an average depth of more than two miles--yet humans had never ventured more than a few hundred feet below the waves. One of the great scientific and archaeological feats of our time has been finally to cast light on the eternal darkness of the deep sea. This is the story of that achievement, told by the man who has done more than any other to make it possible: Robert Ballard.

Ballard discovered the wreck of the Titanic. He led the teams that discovered hydrothermal vents and black smokers--cracks in the ocean floor where springs of superheated water support some of the strangest life-forms on the planet. He was a diver on the team that explored the mid-Atlantic ridge for the first time, confirming the theory of plate tectonics. Today, using a nuclear submarine from the U.S. Navy, he's exploring the ancient trade routes of the Mediterranean and the Black Sea for the remains of historic vessels and their cargo. In this book, he combines science, history, spectacular illustrations, and first-hand stories from his own expeditions in a uniquely personal account of how twentieth-century explorers have pushed back the frontiers of technology to take us into the midst of a world we could once only guess at.

Ballard begins in 1930 with William Beebe and Otis Barton, pioneers of the ocean depths who made the world's first deep-sea dives in a cramped steel sphere. He introduces us to Auguste and Jacques Piccard, whose Bathyscaphdescended in 1960 to the lowest point on the ocean floor. He reviews the celebrated advances made by Jacques Cousteau. He describes his own major discoveries--from sea-floor spreading to black smokers--as well as his technical breakthroughs, including the development of remote-operated underwater vehicles and the revolutionary search techniques that led to the discovery and exploration of the Titanic, the Nazi battleship Bismarck, ancient trading vessels, and other great ships.

Readers will come away with a richer understanding of history, earth science, biology, and marine technology--and a new appreciation for the remarkable men and women who have explored some of the most remote and fascinating places on the planet.

The Eternal Darkness: A Personal History of Deep-Sea Exploration

The Center for Ocean Exploration (COE) works in collaboration with the Ocean Exploration Trust (OET), which Dr. Ballard founded in 2009. OET owns and operates the E/V NAUTILUS one of two of America’s ships of exploration funded by NOAA’s Office of Ocean Exploration and Research. A major component of this joint effort is using high bandwidth satellite links to connect ships at sea with a telecommunications hub at GSO called the Inner Space Center (ISC). ISC serves a dual role for COE. The first is to make it possible for scientists ashore to participate via “tele-presence” in real time exploration as it happens. The second is to support a variety education outreach effort.

A native of Kansas, Ballard received his undergraduate from the University of California, Santa Barbara in Geology and Chemistry and his doctorate from GSO in 1975 before spending 30 years at Woods Hole Oceanographic Institution. There he helped develop deep submersibles and remotely operated vehicle systems, after which he returned to his alma mater and generated even more interest in GSO among a public that is fascinated by the mysteries of the deep.

Ballard came to instant public fame in 1985, of course, as the discoverer of the final resting place of the ill-fated R.M.S Titanic, followed by the German Battleship BISMARCK and numerous ancient shipwrecks. Having said that Dr. Ballard prefers to be known for the discovery of the first hydrothermal vents and their exotic chemosynthetic animal communities in the Galapagos Rift in1977 followed in 1979 with the discovery of high temperature “Black Smokers” on the East Pacific Rise in 1979.

In broad terms, Dr. Ballard’s research focuses on ocean exploration. This can involve searching for ancient or modern shipwrecks, using ROVs to describe submarine hazards such as under-sea volcanoes or possible earthquake centers, discovering new areas of biological activity, or characterizing large swaths of the seafloor using research vessels equipped with side-scan sonar and multi-beam echo-sounders. He is probably best known for locating the wreck of the Titanic in 1985.

He now directs the Institute for Archeological Oceanography, which he started in 2003. The institute combines the disciplines of oceanography, ocean engineering, maritime history, anthropology and archeology into one academic program. One emphasis of the program is research in the Black Sea and eastern Mediterranean. Graduate students started entering the program in 2004 and completion requires 92 credits, more than any other doctorate program at URI. Graduates emerge with two degrees—a master’s in archeology and a doctorate in oceanography. The institute involves a broad cross section of URI faculty plus faculty from other institutions such as Harvard University, the University of Pennsylvania, Florida State University, MIT and Woods Hole. Dr. Ballard has a team of support experts in several disciplines at GSO that assist him in the worldwide explorations. He has published 18 books, many scientific papers and articles for National Geographic magazine. He was the recipient of the 2003 National Humanities Medal by President George W. Bush and received the National Geographic Society’s coveted Hubbard Medal in 1996 for his oceanographic accomplishments.

Dr. Ballard also directs the Center for Ocean Exploration, which includes the Inner Space Center (ISC) and management of the research vessels EV Nautilus and the NOAA ship Okeanos Explorer. Dr. Ballard was the innovator behind the ISCs telepresence technology, which provides video and audio links from live ship-board explorations to persons (students, educators, scientists) on land for interactive experiences in oceanographic research. 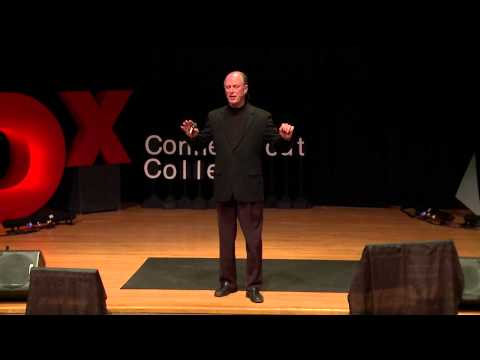 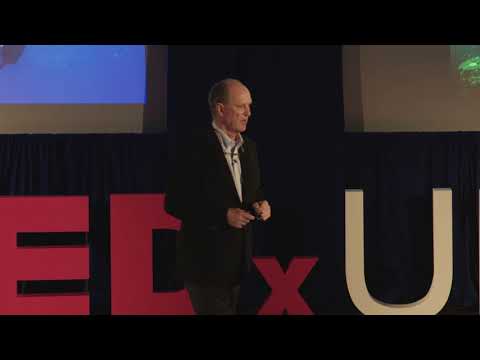