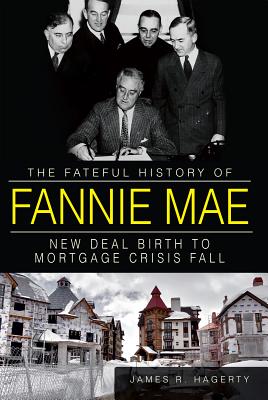 In 1938, the administration of Franklin Delano Roosevelt created a small agency called Fannie Mae. Intended to make home loans more accessible, the agency was born of the Great Depression and a government desperate to revive housing construction. It was a minor detail of the New Deal, barely recorded by the newspapers of the day. Over the next seventy years, Fannie Mae evolved into one of the largest financial companies in the world, owned by private shareholders but with its nearly $1 trillion of debt effectively guaranteed by the government. Almost from the beginning, critics repeatedly warned that Fannie was an accident waiting to happen. Then, in 2008, the housing market collapsed. Amid a wave of foreclosures, the company's capital began to run out, and the U.S. Treasury seized control. From the New Deal to the administration of President Obama, author James R. Hagerty explains this fascinating but little-understood saga. Based on his reporting for the Wall Street Journal, personal research and interviews with executives, regulators and congressional leaders, Hagerty charts the course of Fannie Mae. With The Fateful History of Fannie Mae, he explains the politics, economics and human frailties behind seven decades of missed opportunities to prevent a financial disaster.
The Fateful History of Fannie Mae: New Deal Birth to Mortgage Crisis Fall