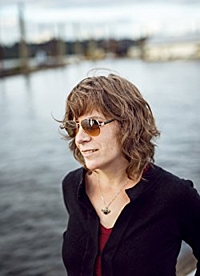 The Fish Market: Inside the Big-Money Battle for the Ocean and Your Dinner Plate

When consumers think of seafood they seem to forget fishing, but that is precisely what they should be thinking of. Since the 90s, and increasingly in the last 15 years, the U.S. government has been privatizing fisheries, one of the most precious natural resources of the nation, with mixed results in the name of sustainable fishing.

Catch Shares, the aptly named privatization program, has come to be dominated by larger and larger corporations, devastated coastal communities and higher prices for consumers at dinner tables.

Journalist Lee Van Der Voo investigates how Catch Share programs have changed fishing for good. Although supplies of fresher fish are available to the market, the precious cargo comes at prices that are sometimes five-fold higher, and also at the cost of significant job losses as well as widespread devastation among fishing families. The Fish Market reveals how big money has finally taken over the oceans and fishing communities alike.